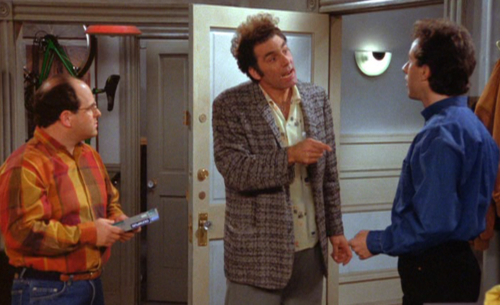 The Islanders are your heritage!

So now we know. The playoffs -- or the playoff qualifiers, if you want to be persnickety about it -- begin on Aug. 1.

That gives everyone three weeks to dig deep into their hearts and souls in search of an answer to a very difficult question.

One of eight teams won the right to the No. 1 pick in this year's NHL Draft, only we don't know which one. The Islanders could be one of those teams -- if they lose to Florida in the playoffs, which have been reimagined as a result of the Covid-19 pandemic.

That No. 1 pick will be Alexis Lafreniere, a left wing with numerous accolades, the ability to score and make a play, and who put up 217 points in 113 games the past two seasons in juniors. Without question, he's exactly the kind of player the Islanders need as they face a future with a stagnant salary cap and a yawning need for a highly potent linemate for Mathew Barzal. But there's only way to have a chance to get him.

What's an Islanders fan to do?

It's a difficult choice. Many of us may be torn. So there's only one thing to do, and that's to go to the place that, for better or worse, has guided us through so much of our lives over the past 30 years. Let's check in on 129 W. 81st Street, Apartment 5-A. Jerry, of course, is from Massapequa. He and George met in high school, so we can safely assume they are Islanders fans, even if one of them was once caught bare-chested at a Devils game.

JERRY: Georgie! Did you hear about the draft lottery?

GEORGE: Ahh, I forgot that was tonight! Damn! I was at my parents. My father is putting one of those "tiny houses" in the backyard. Takes up the whole backyard. Says he needs it's for "solitude."

GEORGE: Uhh, yeah, what does that mean?

JERRY: The Islanders could get Alexis Lafreniere!

GEORGE: (excited) Hey, the Islanders could use one of those! (turns sullen) It's been a long time...

GEORGE: (excited again) So how does this work? The Islanders made the playoffs. How can they get the top pick?

JERRY: It's complicated, because of the virus. You know how they're going to have best-of-five series for spots in the regular playoffs?

JERRY: Well, they designed a set of rules. They gave the spots for the eight losers of those series a shot in the lottery, and one of those spots won the lottery. Only we won't know which team it is until they know all the losers and have another lottery. Each loser will have a 1-in-8 chance to get the No. 1 pick.

GEORGE: Those are pretty strange rules.

GEORGE (nods in acknowledgment) I know...

JERRY: (seriously) But you know what this means, don't you?

JERRY: The Islanders have to lose to get a chance at the No. 1 pick.

GEORGE: Oh. So if we lose, we could actually win?

GEORGE: Hmmm... What if I don't want them to lose?

GEORGE: I don't know about this...

(KRAMER BURSTS THROUGH THE DOOR)

JERRY: Kramer, we're having a conundrum here. Maybe you can help us.

KRAMER: I'll be happy to assist. Resolving dilemmas is what I do best. (winks)

JERRY: If the Islanders beat Florida in the qualifying round, they get into the regular playoffs and have a chance to win the Stanley Cup. But if they lose, they have a 1-in-8 chance to get the best offensive player in 10 or 20 years in the draft. Which would you want?

GEORGE: But Kramer, we really don't know what to do about this! It's tearing us apart already! The Islanders really need a top guy on the wing to go with Barzal, and this guy could fit like a glove! But this team, it's a nice team, works hard, a stifling defense -- and Barry Trotz! They could get on a roll!

KRAMER: (shakes head, dismissively) You can't root against your team.

JERRY: What's up with you?

ELAINE: Puddy and I broke up.

ELAINE: Ahh, I don't know. Something about the Devils not winning some lottery or something. Apparently they win it like ... ALMOST EVERY YEAR. He got all huffy, and he kept going on about it. He was really upset. He was almost crying! I had to kick him out.

(George and Kramer turn away, rolling their eyes)

GEORGE: (to Kramer) We've been suffering a long time, Kramer.

JERRY: Yeah, Kramer! A long time! Mike Milbury! Owners in and out, willy-nilly, for 30 years! The fisherman jersey! The Coliseum, having to pee outside! Politicians! Kate Murray! Playing in Brooklyn! Billboards to get the general manager fired! John Spano, for crying out loud! We've suffered long enough! When will it all end?

GEORGE: (sits in chair, serious, reflective, with underlying anger) It's just not working. Why did it turn out this way for us? We were so great. We always knew we'd score in overtime. Stanley Cups, (snapping fingers left and right) one, two, three, four! Ever since it's been the complete opposite of everything we've wanted it to be.

JERRY: That's it! Here's our chance to do the opposite. Instead of rooting FOR the Islanders and being disappointed, we should root AGAINST them!

GEORGE: Yeah (snort), we should do that ... do the opposite.

JERRY: If every instinct has been wrong, then the opposite would have to be right.

GEORGE: (rises from couch) Yes! We will do the opposite! We will root against them!

JERRY: We'll get Panthers jerseys and Panthers hats and go to a Panthers bar -- if we can find one...

KRAMER: You can't root against your team! It's in your blood, in your very nature! You can't go against nature! It's like if you went to live on the East Side, or you ate at Reggie's all the time. It just can't be done! It SHOULDN'T be done! It's WRONG! The Islanders are your heritage! You wouldn't be able to live with yourselves if you did that! And what if it doesn't work out? You'd have to come crawling back. I won't let you do it!

GEORGE: Kramer is right, you know.

JERRY: But I want the kid! We could be waiting another 20 years to get someone this good!

GEORGE: We can't root against them, Jerry.

JERRY: (gets in George's face) Yes I can! And I will! Just you watch me! I don't care about the consequences!

KRAMER: (getting between them) What's the matter with you? Don't you two see ... that you're in love with the Islanders? I mean, why can't you face that already?

ELAINE: (closing refrigerator, opening a Snapple) Huh... I don't know why you guys are getting your panties in a bunch. I mean, come on! We all KNOWWWW what's going to happen.