Question 1: Do the Islanders Need to Name a Captain?

Oh Captain, Who is My Captain?

Share All sharing options for: Question 1: Do the Islanders Need to Name a Captain? 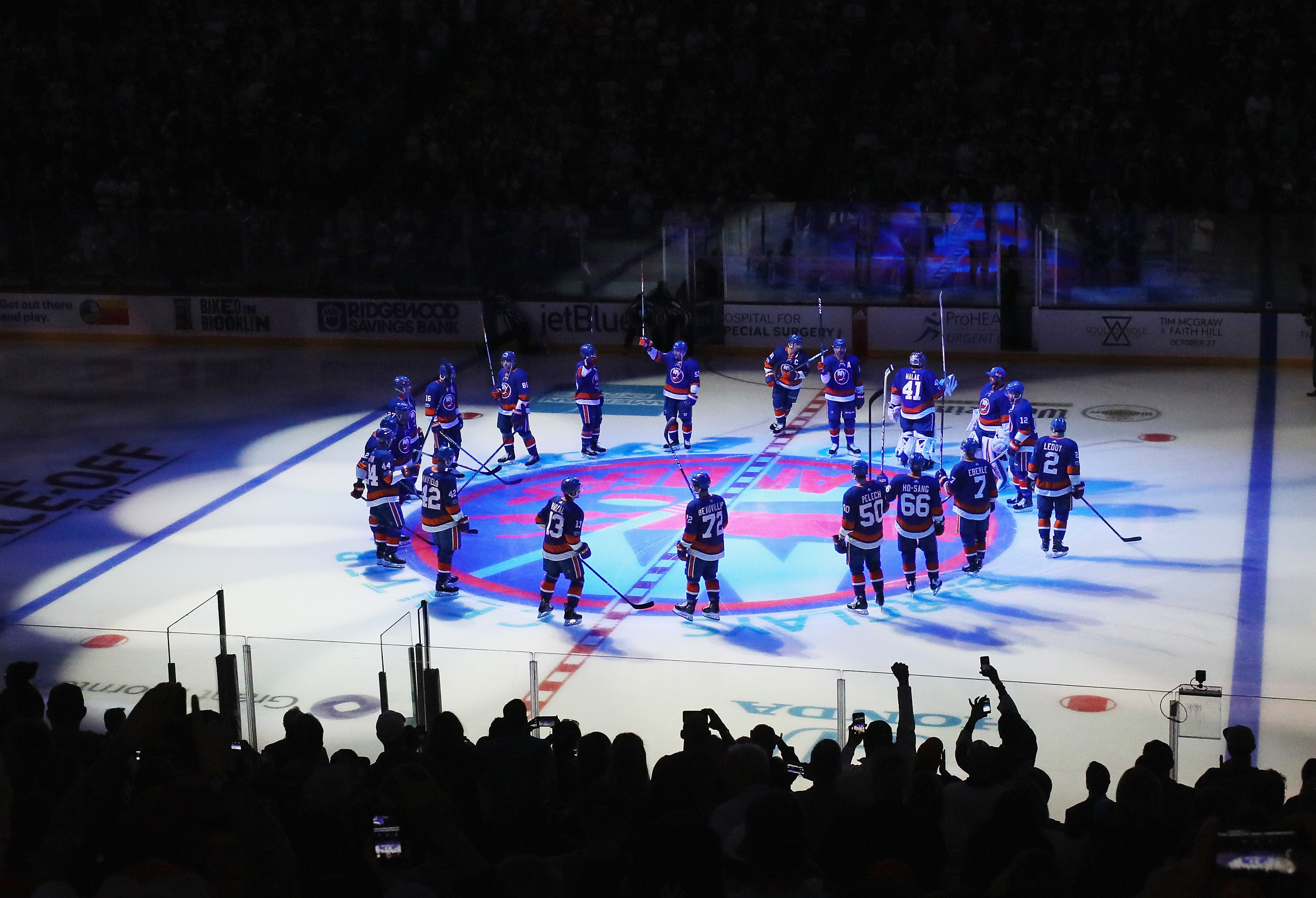 We begin our new series, 20 Questions in 20 Days, with where else, question one. For the next 20 days, our esteemed staff will tackle, what could be the biggest questions facing the New York Islanders this season.

When John Tavares realized his childhood dream and signed with the Toronto Maple Leafs this summer it left a void in the middle of the Islanders first line. The void will likely be filled by Calder Trophy winner Mat Barzal. The departure left the team, one of seven in the NHL, without a captain.

But is it necessary to name the 15th captain in the team’s history this season? New head coach Barry Trotz doesn’t think it’s a priority. He would be right. The team has plenty of veterans, some old, some new, one returning and all wearing blue. Trotz is calling for a “Leadership Group”, which would likely feature defenseman Johnny Boychuk, former Winnipeg Jets captain Andrew Ladd and elder statesman Josh Bailey, to name a few.

“We have really good leaders and we can have a ‘Leadership Group.’ We can take care of that issue at training camp.”

The current alternate captains, the aforementioned Ladd and Cal Clutterbuck could potentially be candidates. The “A” on each of their jerseys does not stand for albatross. Say what you want about Ladd’s time on the Island, he captained the Jets for five seasons and the players in the Isles locker room respect him. The fans might not be in favor of Ladd’s selection.

As for Clutterbuck, the alternate captaincy is perfect for him. He’s the Jorge Posada of the Islanders. Posada was Yankee captain Derek Jeter’s right-hand man, just as Cal was for Tavares. Tavares went to the Derek Jeter school of postgame comments/

One direction I do not think the team will go in is to name Barzal the captain. The 21-year-old has enough pressure on him with replacing Tavares and avoiding the sophomore slump (shameless plug for question 2). The Maple Leafs, under Lou Lamoriello, did not name Auston Matthews their captain last season and opted to go with three alternates for the past three seasons.

Anders Lee would be my choice to become the 15th captain in team history once he, or if he re-signs. The 40-goal scorer from a season ago is one of the hardest workers, both on and off the ice. Lee raises money for pediatric cancer with his annual Kancer Jam tournament. That’s the kind of qualities that you want from your captain.

Johnny Boychuk was pretty vocal about the criticism place on the Isles following Tavares’ departure. That’s exactly what you want from a potential captain and definite leader. The knock for putting the “C” on Boychuk is his inability to stay healthy. He has missed at least 10 games each of his four season on the Island and missed 24 last season.

When former general manager Bill Torrey traded captain Brent Sutter back in 1991, Pat Flatley became the longest-tenured Islander. Flats was named captain. A role he held for the next five years.

The captain doesn’t have to be the best, or most talented player on the ice. The captain should help get the most out of each individual and become an extension of the head coach.

Josh Bailey was former general manager Garth Snow first first-round pick of the rebuild. He has outlasted Garth and was rewarded with a new five-year-contract. The 2008 first-rounder is the longest-tenured Islander and it is not even close. Try to name the second, I’ll give you a minute. Bailey has finally won over the fans, the majority of them anyway, and is a perfect candidate for the “C”, even if he doesn’t always show emotion on the ice.

It’s Casey Cizikas, by the way.

The last time the Islanders were without a captain was the memorable 1996-97 season. Perhaps instead of not naming a captain or naming one they should name one for each arena, one captain for Barclays Center and one for Nassau Coliseum.

Why should the New York Islanders start to do things conventionally now.