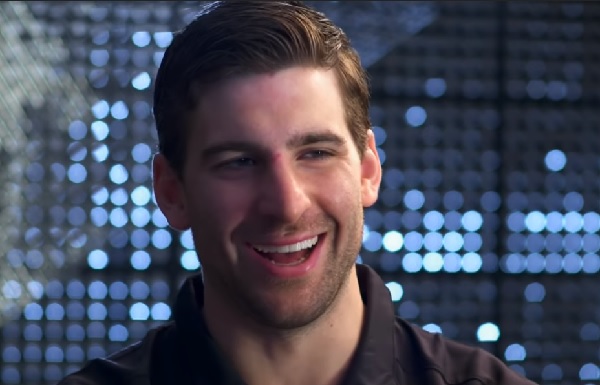 More than a decade ago, at the age of 14, John Tavares became the first Canadian hockey athlete to be granted "exceptional player" status, which allowed the Oshawa Generals to select him in the OHL Priority Draft as an underage player. Now, as a seasoned professional and a free agent commanding the attention of many NHL suitors, he's entering new territory again.

The revolutionary contract stipulates that Tavares play exactly 16 home games for each of his five teams, giving him 80 total games played per season (the NHL will reduce their season to 80 games to accommodate). If all five teams — or any combination thereof — make the playoffs, the contract will employ a similar "equal games played" stipulation. This gives Tavares multiple chances to win the Stanley Cup every year.

"After having bagel breakfast meetings with the general managers of all five teams, I understood two things very clearly", Tavares noted. "The first thing is that bagels from New York are so, so good. And more importantly, the second thing is that each team made me an attractive offer. So why not accept all of them? It made the most sense. I mean, think about it: Almost all those teams have blue in their uniforms, so I might not even need a whole bunch of different helmets and gloves. And because I'll only be wearing home jerseys all year, it's certainly less work for the equipment crews."

Each of the five teams will pay Tavares 16 games worth of an annual $11 million contract — $2.2 million per team. This helps each team afford the former (and current) Islanders star and allows them to keep some money in reserve for other players.

"I don't know why we didn't think of this before", Pat Brisson, Tavares' agent, said. "It might be a little more complicated at tax time, but hey, we all have accountants for that."

To facilitate the estimated 458,000 miles of travel that Tavares will be logging during the season, an intracontinental natural gas pipeline will be used to shuttle him from one city to another. "I saw that James Bond movie where that guy escaped the Soviet regime by lying down in a pod and shooting off through the pipeline, and suddenly they opened the hatch and he was safe in the West", Tavares excitedly recounted. "I thought that would certainly be a good way to conserve energy and cut down on travel time — I mean, that guy got out of the country in, like, 30 seconds."

On the contract's geographical logistics, Commissioner Gary Bettman noted, "The only other option would have been to station John in the Midwest, like Nebraska, and then build a huge hockey arena there and have all the other teams come to play him. It's not financially viable right now, but we're going to give it some more thought next year."

"This is not something that we'd allow just any player to do", Bettman added. "John's a generational talent and was in a very unique contract situation, and we want him to succeed because he deserves better. The Islanders have really stunk for a long time. But actually, Lou is finding loopholes everywhere and conducting his usual 'gray area' dealings, so maybe the Islanders will be a little more competitive now. Wait, don't print that. Or the other thing before that."

It's well known that the Islanders consistently fell short in surrounding Tavares with the teammates and coaching staff necessary to be a legitimate Stanley Cup contender. But the multi-franchise center is confident things will change now.

"There are only so many opportunities left to win the Cup", Tavares stated. "Now my chances are so much better. Plus, I'll really get to experience North America because I'll be spending more time in the northeast, in the southeast, on the west coast, and in my beloved hometown of Toronto. Oh, and also in Texas, which I hear cannot be bound by lines on a map."

When asked why he didn't sign with the Boston Bruins, the sixth team interested in his services, Tavares said, "I don't want to be anywhere near that face-licker. You know who I mean. Besides, after spending the past nine seasons in New York, I've come to realize that Boston sucks. Sorry for the salty language. That's the New Yorker in me talking."

The NHL currently has its best computers calculating a new schedule for the 2018-19 season that will accommodate Tavares' agreement. US and Canadian natural gas companies have already pledged their full cooperation. Officially licensed John Tavares Islanders, Sharks, Lightning, Stars, and Maple Leafs home jerseys and related merchandise will soon be available at the NHL store in New York City and through shop.nhl.com.