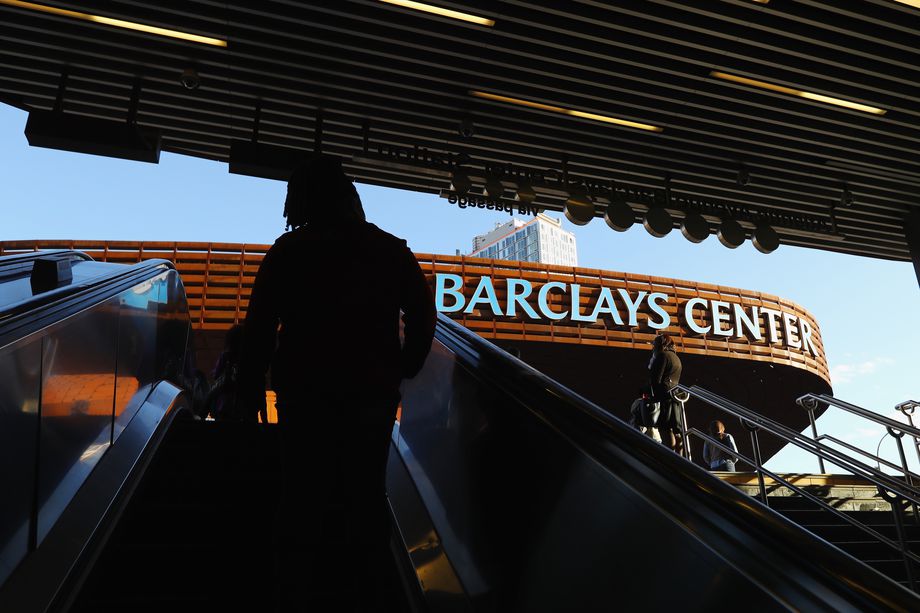 Two weeks ago, Charles B. Wang, former majority owner of the New York Islanders passed away at the age of 74 after a battle with lung cancer. Charles was accomplished and philanthropic, but will likely be best remembered for his drive to keep the Islanders on Long Island. In one of his last publicized moves as majority owner, he moved the team to Brooklyn’s Barclays Center as a way to keep the team in the New York area. To say that the move was controversial among fans would be an understatement. Now, with Wang’s dream of a new arena on the Island coming to fruition, and the team’s eminent departure from Brooklyn (which could come as early as next season), I (a fan living in Brooklyn) look back on the impact that Wang’s decision to move the team to the outer borough had on the team’s identity, Brooklyn, and myself.

I’m on my way to the first New York Islanders home game of the 2018 season. This is the third consecutive year that I’ve made it to the home opener, as I have gone each year since I moved from Nassau County to Brooklyn. Gone is the experience of driving into the parking lot of the coliseum whilst being greeted by tailgaters and shady ticket scalpers alike. Gone are the syncopated car horns pumping the ""Let’s-Go-I-Lin-Ders" chant from Hempstead Turnpike to the Meadowbrook Parkway. No, this is a Manhattan-bound 4 train, and the next stop is Atlantic Av - Barclays Center. No one is going to wax poetics with you about Michael Peca here.

I get off the train stop and kill time by observing the Ebbets Field flag pole just outside of the arena. I run into a couple friends that are Islanders fans outside of the arena. For the most part, they all live in the boroughs like me. I’m meeting up with a friend who I shared a half season ticket package with last season. He is originally from Texas, and started following the team because of their (short lived) Brooklyn identity. I stopped to ask myself "how the hell did we all end up here?". I’m not sure if I was destined to live in Brooklyn, but the Islanders certainly weren’t. With the team‘s departure from the Barclays Center looming in the not-too-distant future, I ask "what did we all get out of this experience?"

I don’t think I need to go over the history of the Islanders and how they ended up in Prospect Heights. There are books and documentaries out there that detail the success of the franchise during the championship years of the early 80’s. There are also plenty of places online you can go to read about a conman buying the team, something called the "Lighthouse Project", a Kansas City exhibition game, and a failed referendum to renovate the old barn on Hempstead Turnpike. I landed in Brooklyn because I needed a new place to live after breaking up with my ex, and the situation for the New York Islanders was not all that different. The Islanders moved here because they too were out of options and they really had to. With all hope lost, a big move to change your scenery (like one to a sparkling new arena) makes sense. But like myself and many others who have jumped from the burbs to the city, the Islanders move has been both incredibly awkward and completely necessary.

The Islanders quite wholly posses none of the patrician qualities that the Barclays Center and the Nets aim to embody. Despite their dynastic beginnings on the Island, the Isles are equally bound to a history of an ineptitude that rivals most failing startups. It’s this discrepancy that is at the heart of the paradox that is the Brooklyn Islanders. The small confines that gives the Barclays its intimate basketball views creates what Business Insider calls "the worst seat in all professional American sports". The button-up-first-class service implied by the Barclays presentation serves to create an allure of luxury and wealth. Yet the execution of this experience doesn’t quite align with the desired hockey one. During the first season, in an effort to create a VIP experience for people seated near the ice, fans were barred from watching the player warmup skates from the lower bowl (a key aspect of what gave the brought the team closer to the community at the old barn). The 40/40 Club at the arena isn’t exactly bumping while a sport that demands to be watched live and in person is taking place. No, the only things that the Islanders fans want from the top shelf are the occasional goals that make it past the opposing goalies shoulders and conjure up the words "toy department" from Butch Goring.

For the few of us Brooklyn locals that latch on to this hockey team, we are mostly comprised of the mettle that make the Islanders "tha Eye-lin-dahz" and less of what makes the Barclays Center "one of the most popular arenas in the world, ranked top five globally in 2015 for gross revenue and attendance by Billboard and Venues Today" (yes, I copy and pasted that from their website because I couldn’t come up with the same level of flattery). For those that are native to the borough, perhaps the Islanders carry a blend of legacy, humility, and grittiness that the Dodgers left behind in 1952. The hockey club offers a yang to some of the artificial glitz that is being pumped into the city the way the Barc pumps some weird fragrance through out the arena. Yet a lot of city fans (like myself) moved here in the same fashion that the Isles did; broke, hopeful, and in search of new opportunities.

So aside from their lack of esthetic alignment with the Barc and the fact that a quarter of the seats in their home arena comprised of obstructed views, why didn’t this team take off in Brooklyn? With the team drowning in mediocrity for the last 3 seasons, the New York Islanders have become a niche attraction in an area of the market that is over-saturated with niche attractions.

- Meh, nah. But did you see that they opened a new cocktail bar down the street?

No one asked for this. No one needed a hockey team here. Exacerbated by the lack of advertisement backing from the Barclays people, the Isles are kind of lost in a see of interesting things to do in town. Yet and still, this is a sports town, and people do follow this team here. For me, being an Islanders fan in Brooklyn was more than convenient, it gave me (and others) a sense of strength during the struggle to adapt to a new environment.

The New York Islanders will return to their rightful spot in Nassau County in the not-to-distant future, and the overwhelming majority of its fan base will not have to worry about the crummy weekday night game commute on the LIRR. While those on the island will take solace in the recrudescence of their namesake sports team to their rightful home, there are the seldom few who reside in the city that will lament the departure of the Brooklyn hockey experience. When the Brooklyn Dodgers played their last game at Ebbets Field, it was with a whimper. No one bothered seeing a team abandoning their home for greener pastures. Once again, we may indeed find a similar scene off of Flatbush on February 28th when the snake returns to town February 16th.

Despite a strong showing on the ice for the first month of the season, this team is a ways away from getting folks in the greater hockey world to buy in on them as a contender. Even with the positive trends towards shovels being in he ground, the team is still a few years away from having their new arena in Belmont completed. With these two factors combined, the Isles are in a standstill with regards to their success and perception. Yet there is one thing that this team and its fan base has acquired over the course of the last few seasons in Kings County: a strength and perseverance that comes from a fortified self-identity. For the fans back on the island, the failure of the Barclays experiment has added strength to the roots of fandom that now pulls this team back to what will likely be a full season of hockey in Nassau County starting in 2019-2020. For the few Brooklyn faithful, we were shown the light and dark, the humility and the disparity and the triumph of the Islanders. In this whole process, we found ourselves. And while knowing thyself doesn’t quite pay the bills, it pays off when you’re trying to get by and you’re living in a ill-fitting Brooklyn residence, trust me.