I came to the Islanders late.

An angsty, artsy, pothead kid, I didn't come up around sports much at all. My family wasn’t a hockey family, I wasn’t raised in game-day culture, and I didn’t hang out with the varsity types who dominated the social strata of my youth. We didn't even watch football on Thanksgiving.

But somehow hockey was different. The game spoke to me. And my lack of inherited or geographic loyalty to any one team allowed my love to spread out in every direction and encompass the sport at large. To this day, I relish any game in any league played by any team as long as there are sticks, pucks, and ice. It's a tonic to my soul.

But after years of all-purpose hockey fandom, something changed when I began following the Islanders. Was it the spectacle of perpetual tragedy? My instinct to root for an underdog? Maybe I just grew bored with the predictable delivery of my other hometown team (did I mention I'm a New Yorker?), but something in the hungry faces of the Islanders, the restless grit of their play, said to me, "This team is Home."

For me, hockey is a distillation of everything that's spectacular in the universe. A savagely beautiful maelstrom of contradictions—all the chaos and brutality of nature, precariously reined by feats of impossible skill and heartbreaking grace. Hockey is a visceral poetry. Hockey is pure rock and roll. It takes my breath away every time.

And to this all-purpose fan, nobody plays rock and roll hockey like the New York Islanders. The guts, the heart, the knock-down, drag-out determination to never be written off as a once-was team, the near-irrational dedication of fans who stand by their guys no matter the blue-shirted jeers, the stink of arena drama, or the fact that the franchise itself is so steeped in vexation that it's as exhausting as it is exhilarating just to be a fan.

Now, I know there's a certain luxury in coming to the Islanders during the Tavares era. My passion hasn’t been tarred and feathered by decades of disappointment. I haven't had my loyalty tested through the 80's decline...the Millbury era...fishsticks. The dynasty years don't loom over my memory with the same bittersweet tonnage as for so many other fans.

In fact — and go ahead and get your p'shaws and dismissals out now — I never even had the chance to attend an Isles game in the flesh until they came to the Barclays Center. (Did I mention that this New Yorker is a car-less Manhattanite?) Such a Non-Sports-Person was I that I didn't feel like there was a place for me in an arena—that I'd be found out as somehow not the right kind of fan. 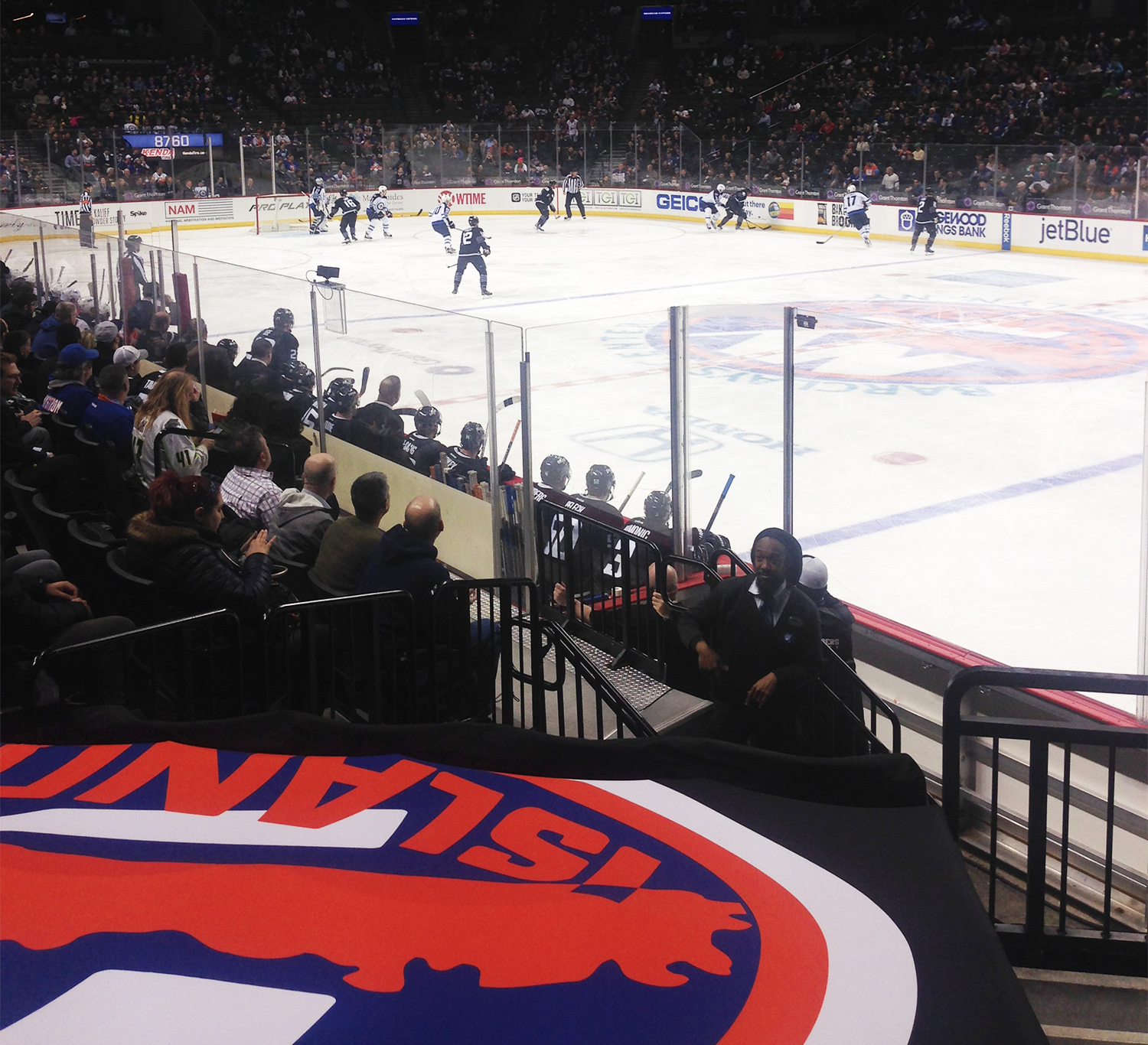 But when the Islanders came to Brooklyn, it was my first opportunity to attend the home games of my team in a place that actually felt like home to me, too. It was a goddamn revelation!

I know what you're thinking about the Barc, of course, and you're not wrong. Through my eyes, though, the blinding LED glow of a towering John Tavares blazing over the sidewalk as I arrive, the sonic transition from ear-splitting subway thunder to gut-shaking arena rumble, that Barclays smell that's somewhere between a New York taxi and a freshly-bleached locker room...these are now indelible fixtures of my hockey experience. And they fill me with no less joy than would the finest arena packed with the biggest fan base cheering for the winningest team in the NHL.

I'm a fan because the Islanders grip me on a primordial level. Because they somehow manifest everything that hockey is—everything that hockey feels—to me. Because even when hope seems to outmuscle reason, being an Isles fan is never boring. And in my angsty, artsy, sports-outsider heart, the Islanders are simply the team I can't help but stand doggedly with, whatever victories, tragedies, or continued goulash of Islanders-ness they deliver. This New Yorker believes.