In the NHL Playoffs, everyone has a role to play. For example, New York Islanders video coach Matt Bertani's role is to watch YouTube videos and prank call the bench during games. Team receptionist Josh Bailey's role is to answer the phone by the second ring and take detailed messages. And Statistician Eric Hornick's role is to let us know how many times whatever just happened...has happened.

But what about us fans? What role do we play in aiding our team? In Philadelphia, Flyers fans do their part by throwing foreign objects onto the ice, at opposing players, and by forcing the rest of us to question humanity. Over in Manhattan, Rangers fans fulfill their role by complaining about Dan Girardi. And also by remaining quiet while the Islanders come into MSG and season sweep their asses with impunity.

But what about us Islanders fans? What role do we play? The answer to this question varies by person. For me, well, my role is to hack into head coach Jack Capuano's computer, take a screenshot of his email inbox and share it with you all, my fellow Islanders fans. So here I am, fulfilling my role: 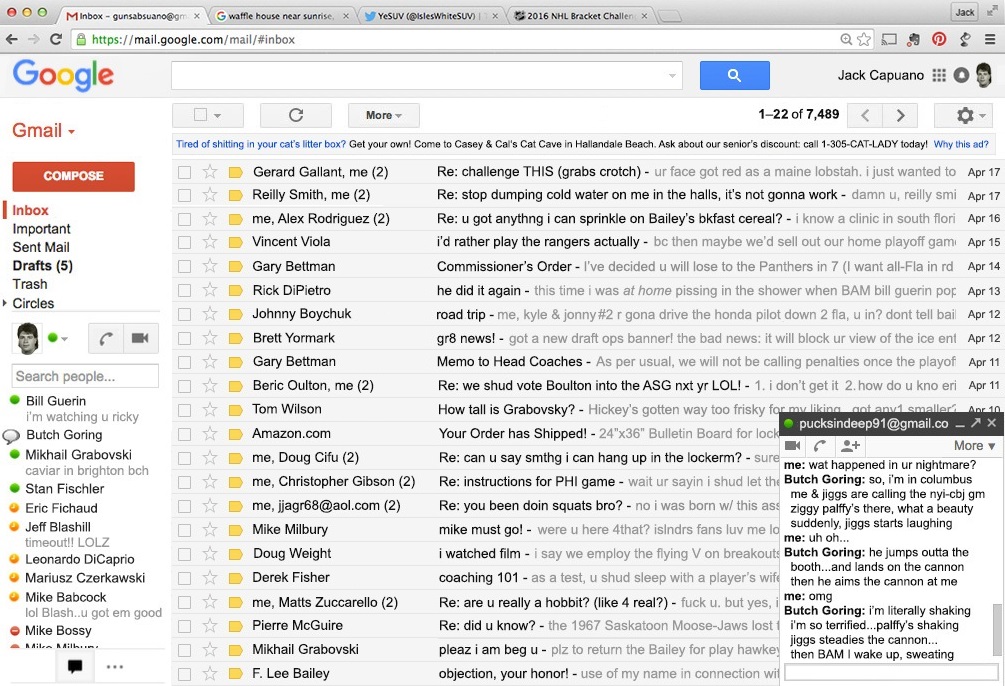 Please note: this is fake. I did not actually hack into Jack Capuano's computer or Gmail account. I am stealing borrowing this idea from Down Goes Brown (see here) and Grantland (see here and here). Please see here for Jack Capuano's Gmail Inbox Part I, which I posted prior to the regular season.