The Isles face old friends Okposo and Moulson while Berube faces his second shot of the season.

Share All sharing options for: Islanders vs. Sabres: Wait, J-F Berube has music?

Once upon a time Matt Moulson and Kyle Okposo were inseparable buddies with New York Islanders franchise center John Tavares.

Well, they still are. Buddies, I mean. But today those two ex-Isles play wingmen to a different young star center, that of course being Great American Hero Jack Eichel with the Buffalo Sabres.

For Moulson, facing the Islanders has become routine in stops with Minnesota and Buffalo. For Okposo, tonight in Buffalo is the first meeting — a warmup for when he does it in front of his old home fans in New York on Dec. 23.

That’s the human interest angle for tonight at [yet another freaking renamed bank or something] Arena/Place/Centre/Center.

The on-ice angle — wait, this one is human interest too: Jean-Francois Berube will emerge from cold storage — albeit in the middle of lake effect snow — to face literally his second shot of the season.

That’s right, the Islanders’ third goaltender who has occupied an NHL roster spot for most of the past two seasons will finally get his first start, and face his second shot, of the 2016-17 season. 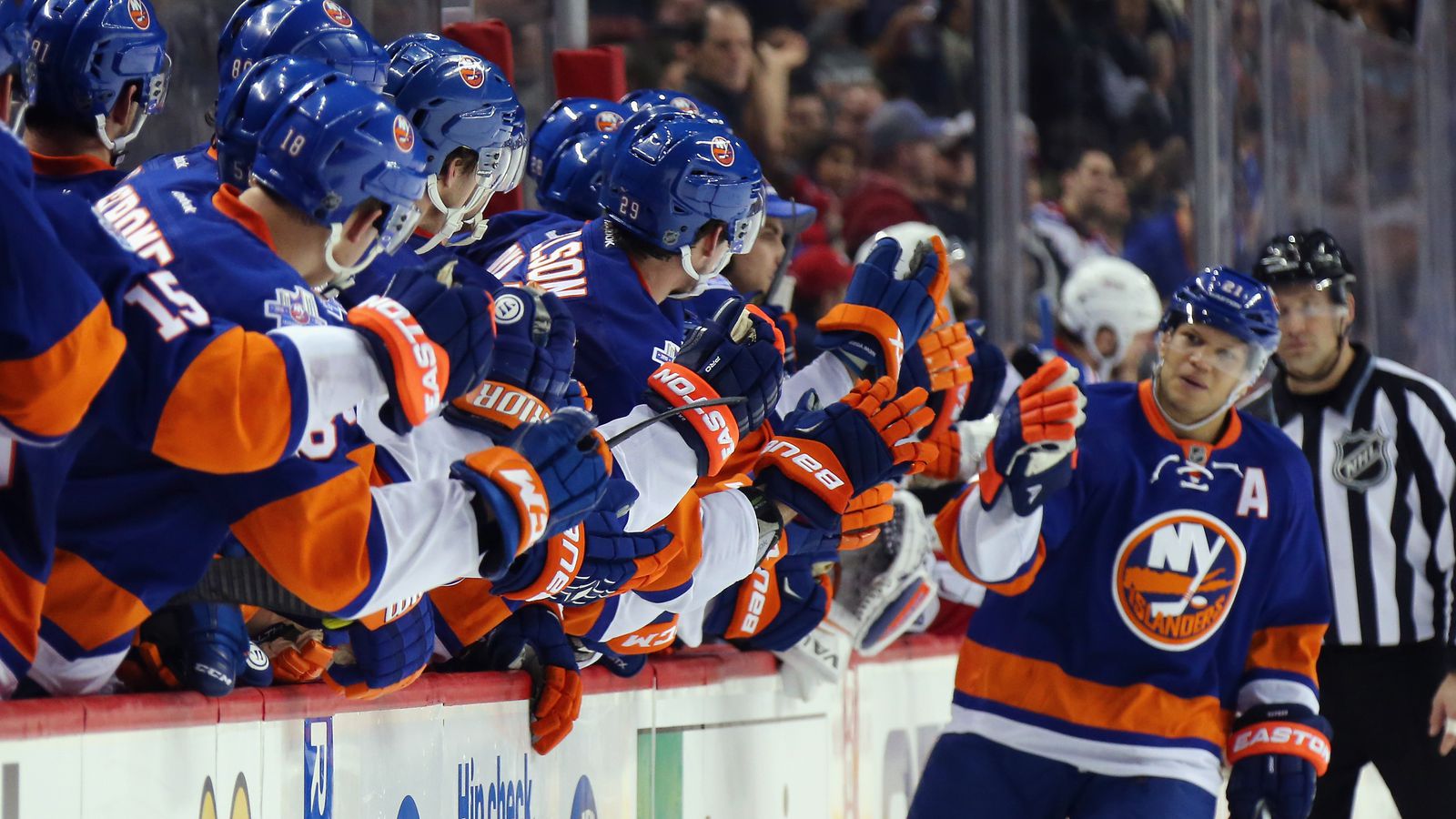 Kyle Okposo & the Order of the Islanders: Goodbye

Watching Okposo grow has been one of the best things about following the Islanders’ current incarnation. One writer is going to miss him beyond just what he brought as a player.

A third ex-Isle winger and Friend and Linemate of Tavares, P.A. Parenteau, isn’t here ostensibly for roster room like keeping Berube here. (There were clearly other backroom reasons beyond that for waiving Parenteau off the roster just months after bringing him back as a free agent, though they are likely no more astute.)

Regardless, here in mid-December the Islanders are 11-13-5, at the bottom of the Eastern Conference and one point behind tonight’s opponent.

Should be a doozie.

Okposo on His Return

"I played with a lot of those guys for a long time so they know my tendencies, I know their tendencies, and that part of it is going to be a chess match and it'll be fun," Okposo said.

How to Watch, Listen, Learn

Check Sabres news and lines over at Die By The Blade.

Catch the game on MSG+ or MSG - Buffalo (hey, good news for Islanders fans in the dead zone — no Sabres-overlap blackout at least!), plus radio at AM 970 The Answer, LI News Radio, 88.7 WRHU Hofstra.