Remain calm and listen to instructions.

About half the teams in the NHL have alternate jerseys to go along with their regular home and road uniforms. Winter Classic games, Stadium Series games, holidays, anniversaries or just plain old greed may cause the creation of new jerseys, some meant to be worn only once. This season, the Ducks, Avalanche, Sharks and Islanders are among the teams adding new jerseys for one reason or another.

Every time a team introduces a new extra jersey, it is scrutinized immediately across social media while simultaneously being pushed by the team on customers at retail. Sometimes, the new jersey is met with praise and sometimes the debut goes less smoothly.

To help assuage fan anxieties during a third jersey unveiling, the NHL has released a safety guide, chock full of easy to read tips about surviving the ordeal. Whether the jersey is a hit out of the gate or cause for a fan protest, keeping this guide handy will help you stay calm and get you home securely.

Click the guide below to enlarge it and make sure to print it out before the alternate jersey is announced. Familiarizing yourself with the precautions early could save your life. 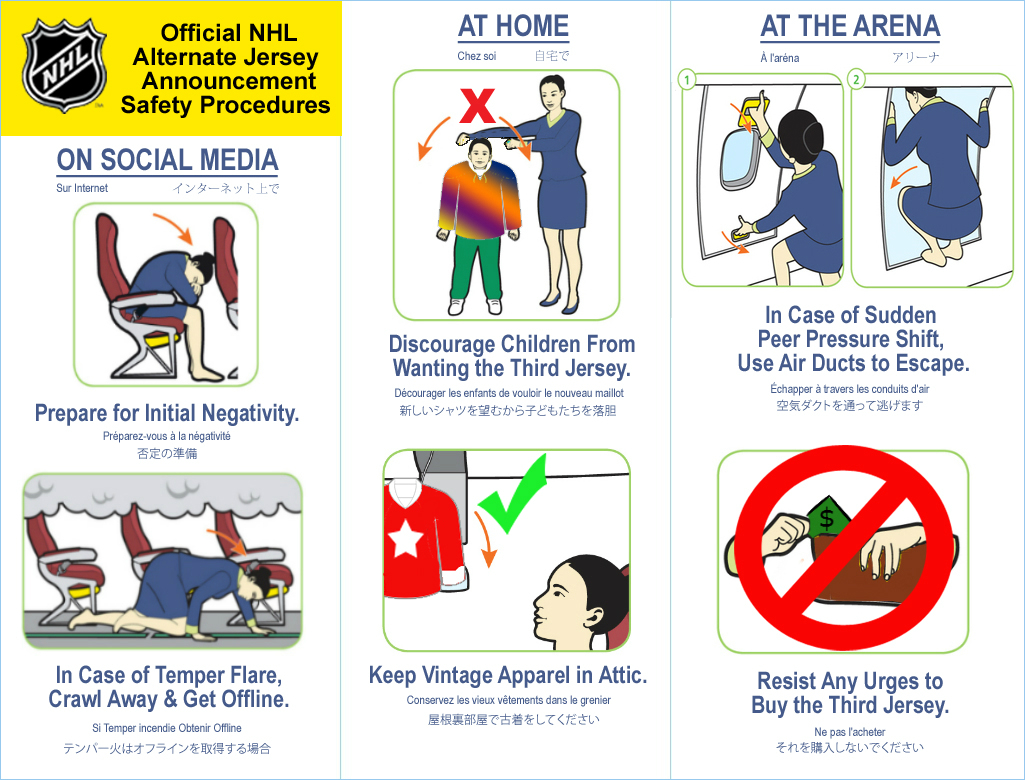