The New York Islanders looked to continue a winning streak against the Columbus Blue Jackets.  The Blue Jackets were without their Vezina winning goalie and were on the second night of a back to back and starting a third string caliber goalie.  The Islanders were the rested team and at looked like it in the first period. They quickly went up two to nothing on two goals by Josh Bailey and were dominating early on.  Unfortunately for Islander fans, multiple goal leads are the devil for the Islanders and the Blue Jackets stormed back to tie it late in the period.  They would get another one goal lead in the second period on a goal by Ryan Strome only to relinquish it later on a defensive lapse that looked something like this. 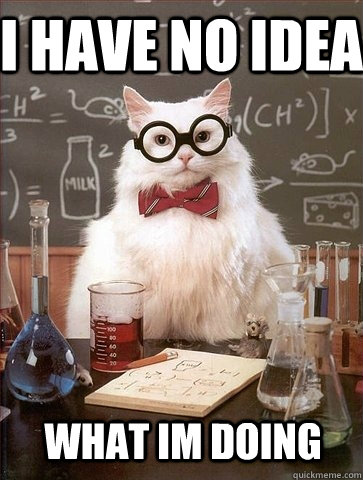 Fortunately the team was able to come alive in the third period.  Goals by Frans Nielsen and another by John Tavares had fans reaching for their antacids at the thought of yet another two goal lead, but Tavares was able to net a second goal 11:15 into the third period to put the team up six to three and the Islanders were able to hang on for the victory.  Here's how it worked out statistically.

From a Corsi standpoint, the line of Tavares, Bailey, and Anders Lee were the best possession forwards while Lubomir Visnovsky and Thomas Hickey reigned supreme for the game.  Bailey and Visnovsky were the biggest standouts for the game.  Matt Martin and Colin McDonald also rebounded nicely from the terrible possession game they had during the last contest while Casey Cizikas was in the positives (though negative from the rest of the team relatively).

Not surprising was the fact that Brian Strait and Travis Hamonic were the worst possession defensemen for the game.  Strait ranks seventh out of all defensemen on the Islanders in relative Corsi and sure enough he finished last tonight.  Hopefully Calvin de Haan comes back soon to help balance that pairing out, preferably against the Rangers tomorrow.  The forwards of Nikolay Kulemin, Brock Nelson and Strome also had an off day and will look to rebound.

There were plenty of good things to take away from this game, but one huge negative was the penalty killing.  Fortunately Jaroslav Halak was up to the task and played absolutely fantastic on the penalty kill as the Blue Jackets had nine shots on goal in eight minutes of power play time.  Normally the Islanders are a pretty disciplined team coming in with the third best penalty differential in the league, but tonight they were short handed four times and when the last place penalty kill is squaring off against the sixth ranked power play and they're getting that many unblocked shots off then goals are bound to happen.  This was definitely an example of the process looking much worse than the result.  Tavares in particular took a very dumb penalty against Brandon Dubinsky interfering with him from the bench.  Hopefully they'll be more disciplined in the next game because the penalty killing looks beyond repair at this point in the season.

Rather than focus on a single player it's probably better to focus on the team as a whole, so here's how the possession numbers worked out for the individual players.  The first number is the number of Corsi attempts for and the second number is the number of attempts against.  T is just the total.  Looking at the pairing of Strait and Hamonic it's easy to see that they're the teams third best pairing right now.  When they were coupled with the third and fourth lines was when the possession numbers were at their worst.

Meanwhile the games that the first line and the Visnovsky and Hickey pairing had were obviously phenomenal.  Tavares, Bailey and Lee weren't in the negatives with anybody that they played with while Visnovsky and Hickey were only in the negatives when they were partnered with defensemen other than their regular pairing.  Their relative numbers have decreased a bit particularly when they were separated (Hickey in particular had a terrible first part of the season when partnered with Hamonic), but they're still very good when partnered together.