Everyone loves a good old-fashioned Christmas. Well, forget that noise this year and come on down to Barclays Center for an ALL NEW MIND BLOWING holiday experience.

The Islanders' move to Brookyn has been a study in contrasts, with games at the modern, amenity-filled Barclays Center existing in stark contrast to those at the remote and antiquated Nassau Coliseum.

It will take more than half a season for Barclays Center to feel like the Islanders' new home, but the folks behind the arena are trying lots of new things to bridge the gap between the existing fanbase and a new one cultivated from a fresh market.

This week, Barclays Center will be hosting a spectacular Christmas show that it hopes will bring both fan communities together. Packed with huge celebrities, incredible attractions and activities that are anything but traditional, Christmas at Barclays Center isn't your average, boring holiday gathering. It's a one-of-a-kind festive celebration for a modern audience that's ready to embrace the spirit of Brooklyn.,. and Christmas.

Below is the official press release announcing the event. Ticket representatives are standing by. Don't miss Christmas at Barclays Center, the most  amazing and awe-inspiring holiday event since those four dead people visited Ebenezer Scrooge. 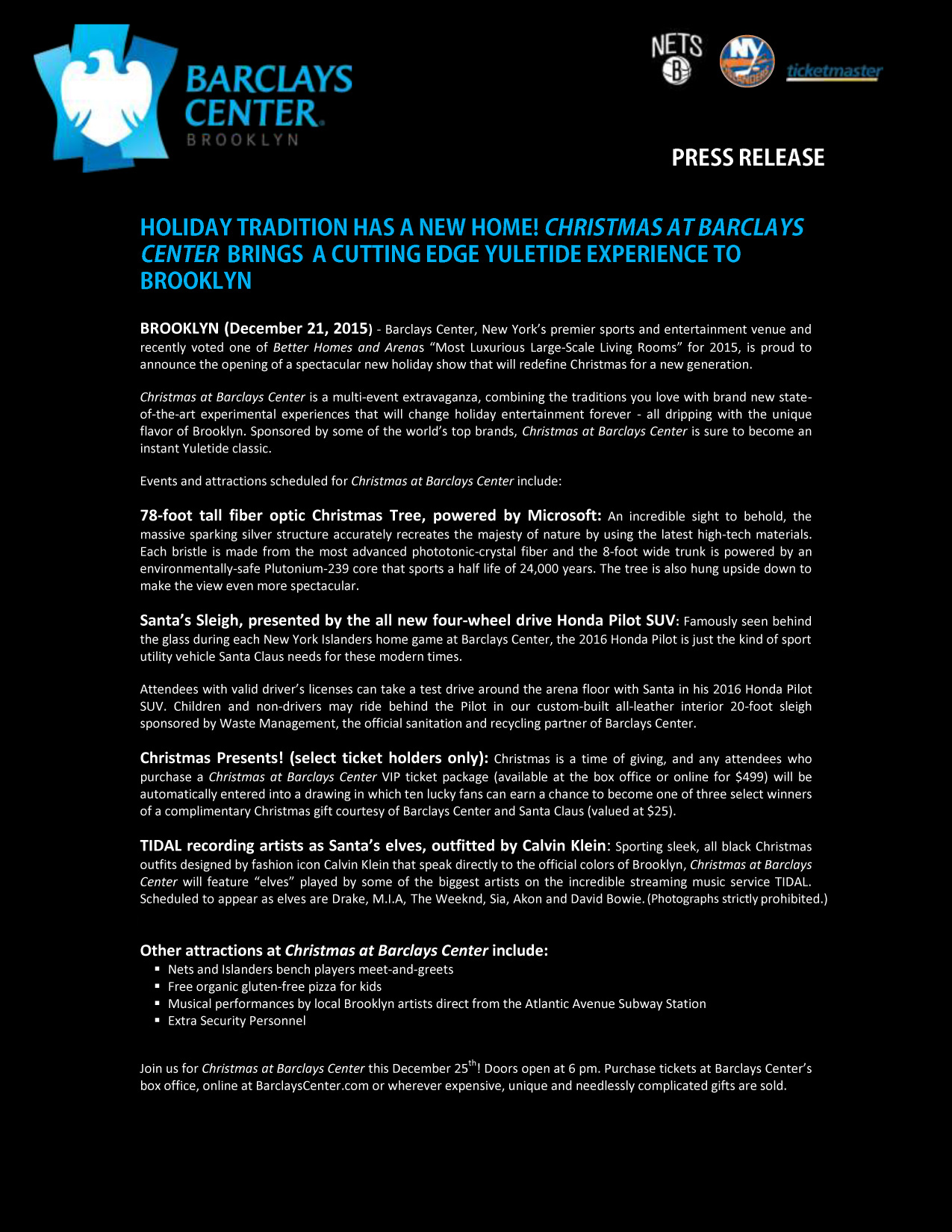 This is not real. It is fake. You can tell because I did not pay for a license to use "Brooklyn," the official font family of Barclays Center.