Share All sharing options for: League of Hate and Envy: Montreal Canadiens

Players are skating, and NHL training camps are within sniffing distance. So we are warming up our emotional engines to conjure all the irrational excitement, hatred and other strongly worded feelings that accompany an eight-month devotion to watching men making billions playing a game.

This is part of a quick game of considering our rivals, with love (er, envy), and hate.

The Subject: The Montreal Canadiens

Hate: As the Islanders play their final season at Nassau Coliseum, a less-remembered tradition could potentially come to an end.

Every year, thousands of Canadiens fans invade the Coliseum and cheer on their team against what is, ostensibly (and, sadly, officially) the home squad. The scores of the games and records don't matter because whenever the Habs do something positive, the applause is loud and forceful. Probably more so than it is in the Bell Centre, which is much larger and cavernous than the old Coliseum.

The phenomenon isn't exclusive to Long Island, as captured here by friend of the blog Laura at her blog, The Active Stick. That post is from 2010, when the Islanders marketing department tried to mobilize fans against the marauding Montreal hordes. I don't know if it worked that game, but I sure as hell know it hasn't worked since.

I hate that this happens, although it's worth nothing that Habs fans aren't the only ones to make the Coliseum a home away from home. I hate that years of shitty teams and long losing streaks and playoff free Springs has left tickets right there for the taking for anyone that wants them. I don't blame anyone for not wanting to watch a losing team. No team has given its fans more reasons to stay away than the Islanders.

It's a problem maybe half a dozen teams in the NHL even need to worry about. But I'm never more embarrassed than when a visiting team scores a goal at Nassau Coliseum and the roar is so loud you have to remind yourself where the game is happening.

When the Islanders set up shop at Barclays next season, I'm hoping this running gag comes to a end. If it takes exorbitant prices and the closest bus parking being in Bed Stuy, so be it. 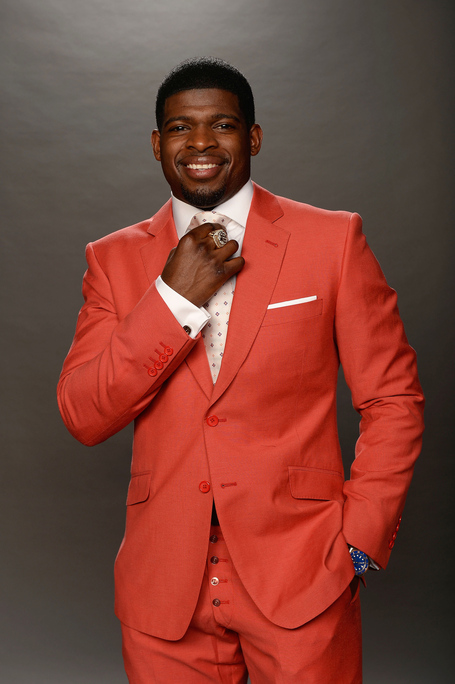 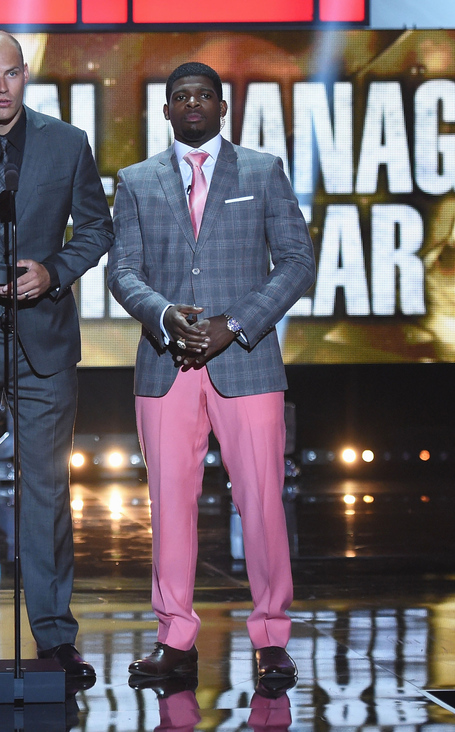 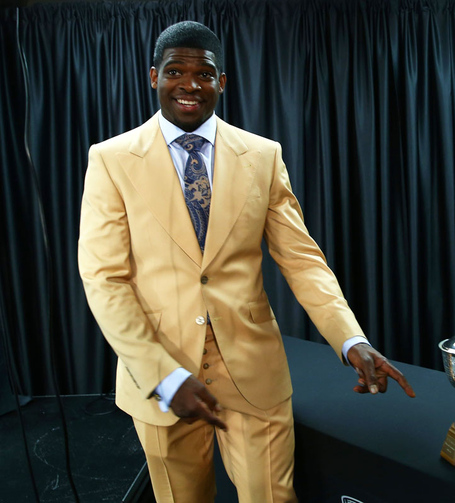 Say what you want about his play, but the man knows how to dress.

And you? Which (current) Canadien (and not Canadian) do you hate and which one do you think is an alright guy? And if you don't say P.A. Parenteau, you know what he's going to ask you.