Well this is uncalled for.

Late this afternoon, the Minnesota Wild re-signed restricted free agent Nino Niederreiter to a new three-year contract worth $8 million. The 22-year-old forward will make $2.8 million against the salary cap.

In announcing the deal, the Wild sent out a very curious press release that seems to take some unnecessary and very harsh shots at the Islanders, who traded Niederreiter to Minnesota at the 2013 draft. It's unclear if the memo is a first draft or a sad attempt at humor, but it's certainly not like any press release we've seen before. The Wild have never been known as a team to embrace edgy comedy.

Here's the memo in full. A request for comment from the Wild has been issued by Lighthouse Hockey, but as of this posting, there has been no response. We'll keep you posted. 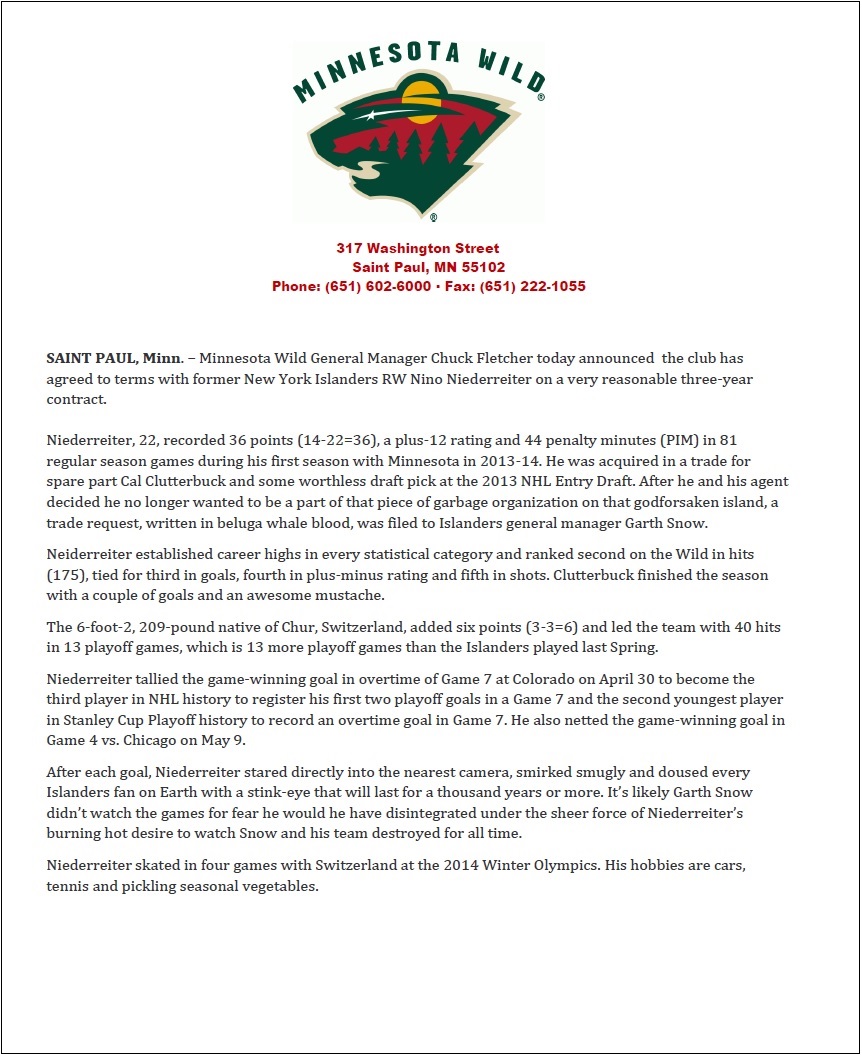 THIS IS FAKE IT IS NOT REAL THE WILD DIDN'T SAY THIS. It's simply my imagination and, really, all of my insecurities laid bare for all the world.