A reader submits an "illuminating" interpretation of the Islanders' recent ownership battle.

Share All sharing options for: LHH Mailbox: Donald Sterling is buying the Islanders

[Ed. note: The following letter was received by Lighthouse Hockey this week at its headquarters in Yaphank, N.Y., shortly after news broke that Andrew Barroway was suing Charles Wang over the dissolution of their deal to transfer ownership of the Islanders.

There was no name or return address on the package. The single hard copy letter was typed on paper and was folded inside an envelope lined with tinfoil and sealed with duct tape. The document smells harshly of carbon typewriter paper, cigarettes and gasoline and is currently being dusted for fingerprints by the local police department.

We have scanned the letter and are posting it online due to the current, relevant interests of Islanders and hockey fans. It is presented here in its entirety. Lighthouse Hockey does not endorse, approve or support the message of the letter or its mysterious, anonymous author.] 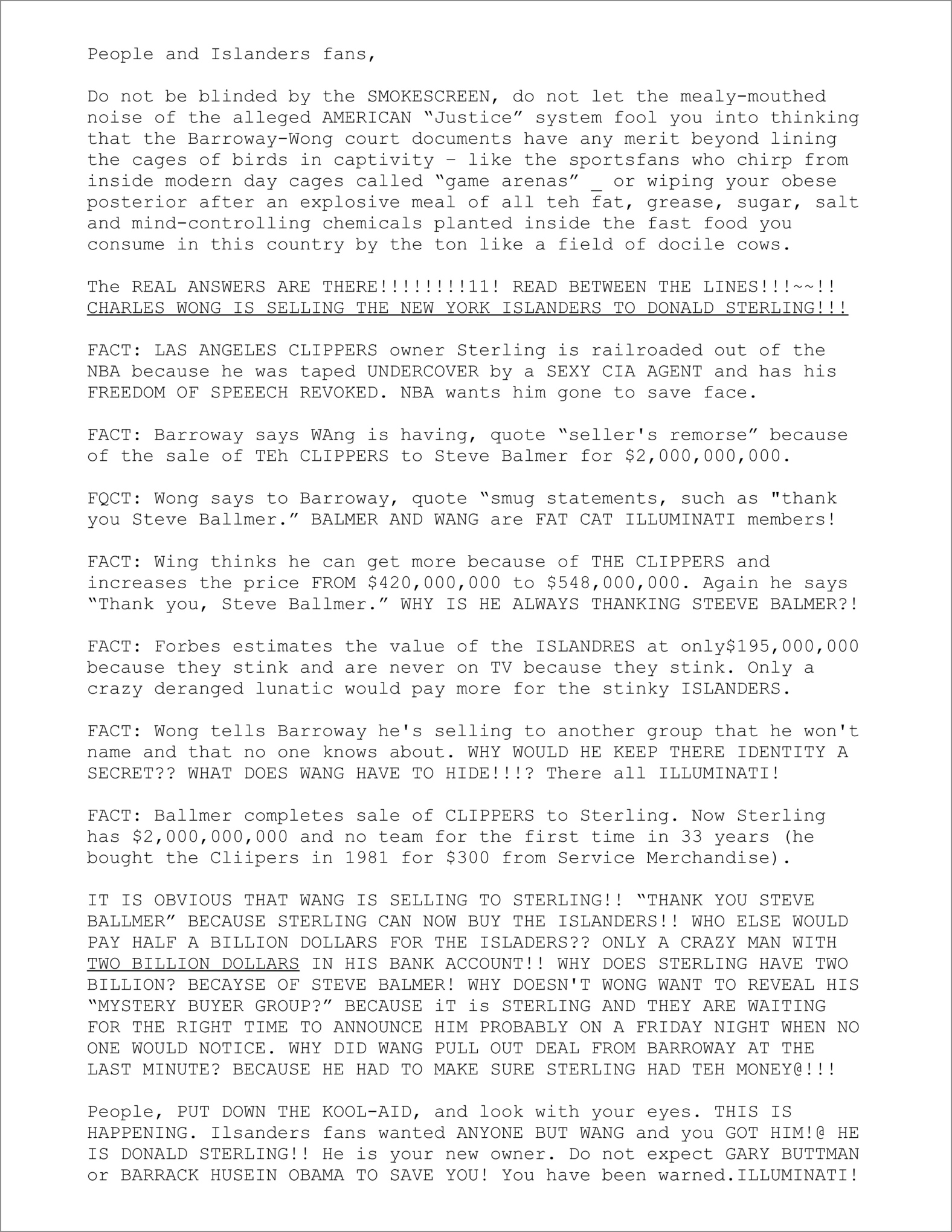 On second thought, maybe he/she is on to something here...

FACT: This letter is F.A.K.E. It is not real, no one sent it to us because no one uses the Postal Service anymore that's about as ridiculous as Donald Sterling buying the Islanders.