Filled out this whole thing for nothing.

One of the worst kept secrets in the NHL became public recently when a source came forward to confirm that NBC Sports Network analyst and information font Pierre McGuire had been interviewed by the Pittsburgh Penguins for their vacant general manager position.

The source, by the way, was Pierre McGuire.

Unfortunately for McGuire, the Penguins chose former Carolina Hurricanes GM Jim Rutherford, who now faces the daunting task of redirecting a recent Stanley Cup champion back to the final for the first time since 2009. While it's assumed that McGuire was a candidate due to his encyclopedic knowledge of hockey at every level, his previous flirtations with open GM jobs in Montreal, Ottawa, Minnesota and Tampa Bay and his history with the Penguins organization, there appears to be more than that.

Lighthouse Hockey informants embedded deep within the Penguins have provided us with an important piece of the Pierre puzzle. McGuire is nothing if not a stickler for rules and apparently insisted on completing a standard employment application like anyone else looking for a job with the team.

That application is being published here for the first time, with certain parts redacted for privacy. It sheds a great deal of light on the extensive hockey experience, unmatched enthusiasm, brutal candor and spectacular penmanship that had the Penguins so enamored with him. It's also a remarkable look into the mind of a man that the hockey work both admires and fears deeply. 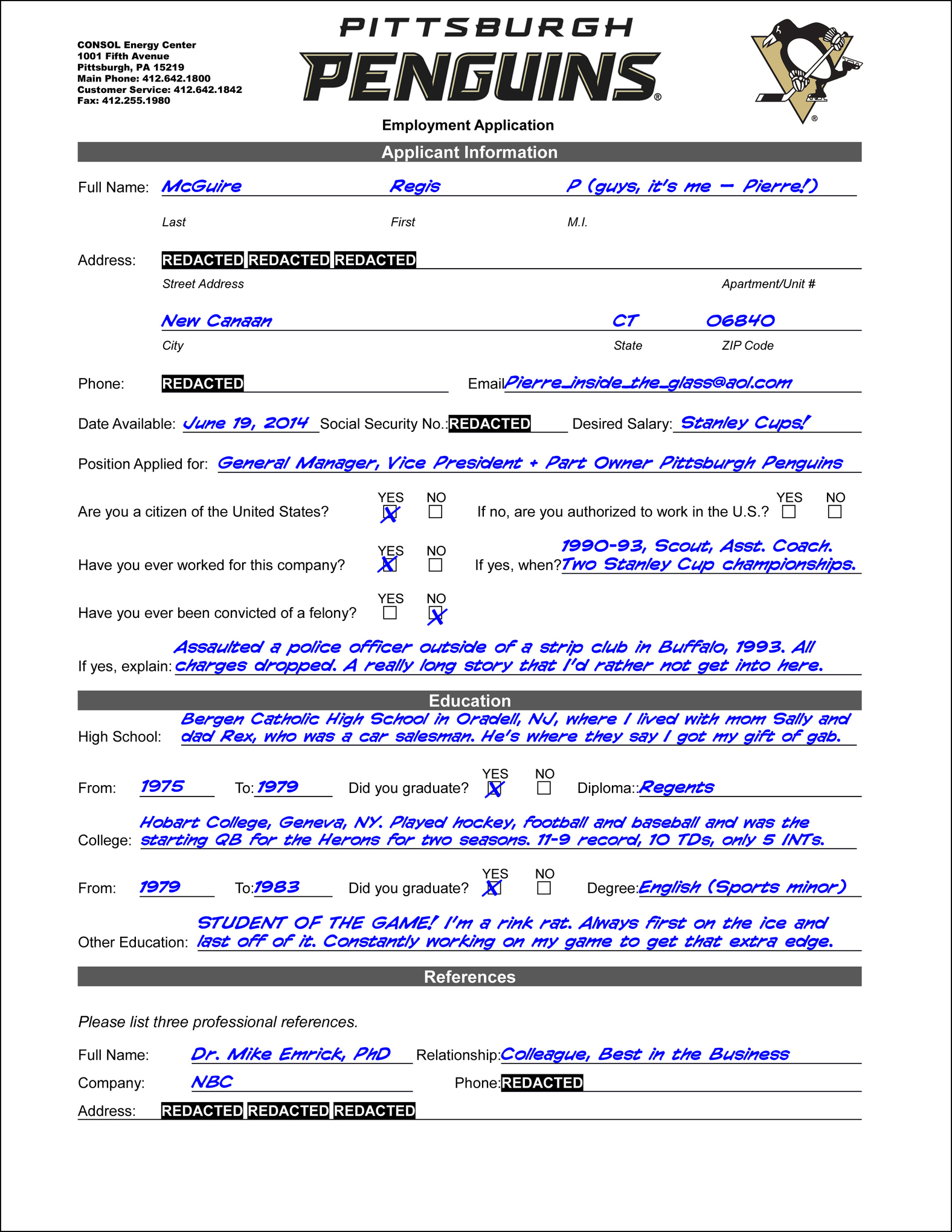 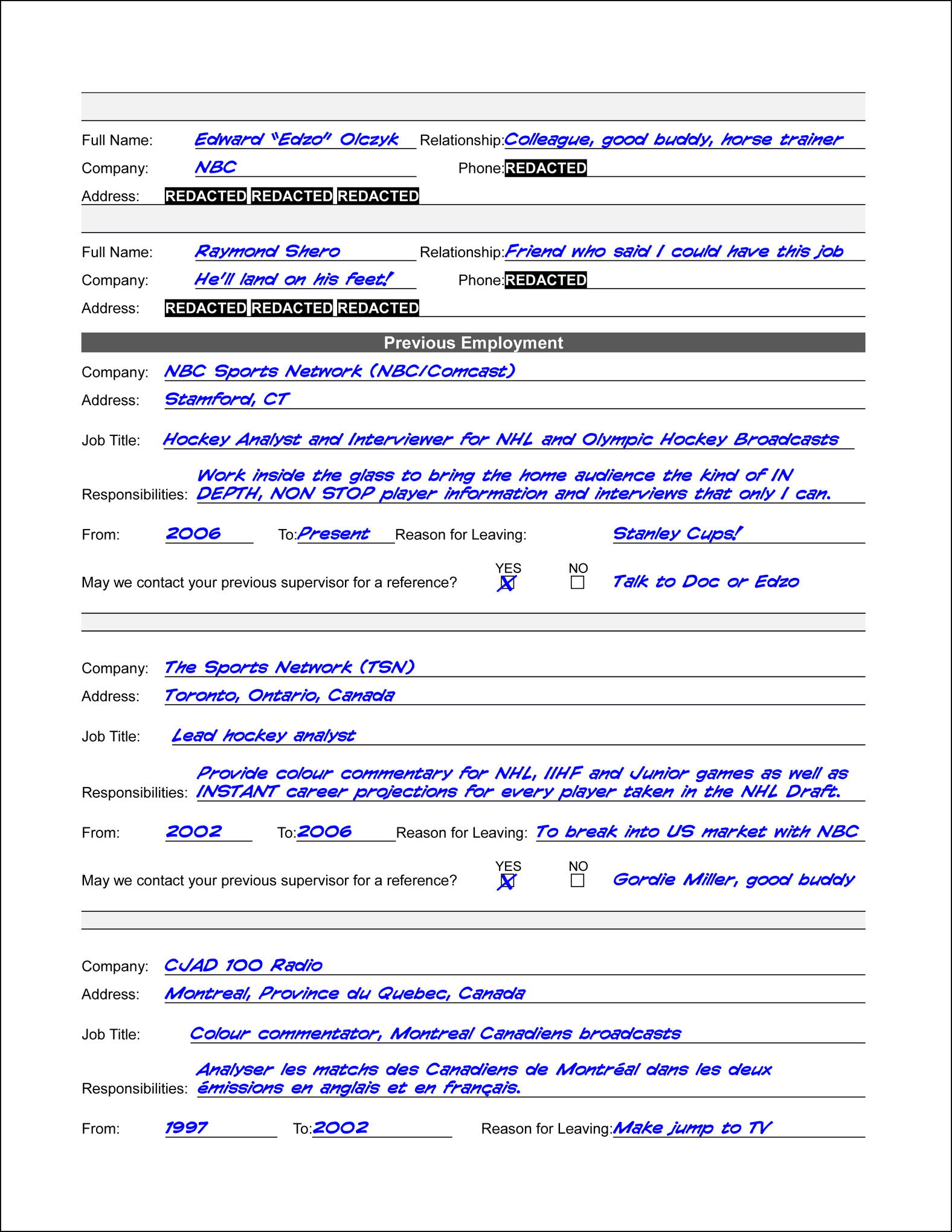 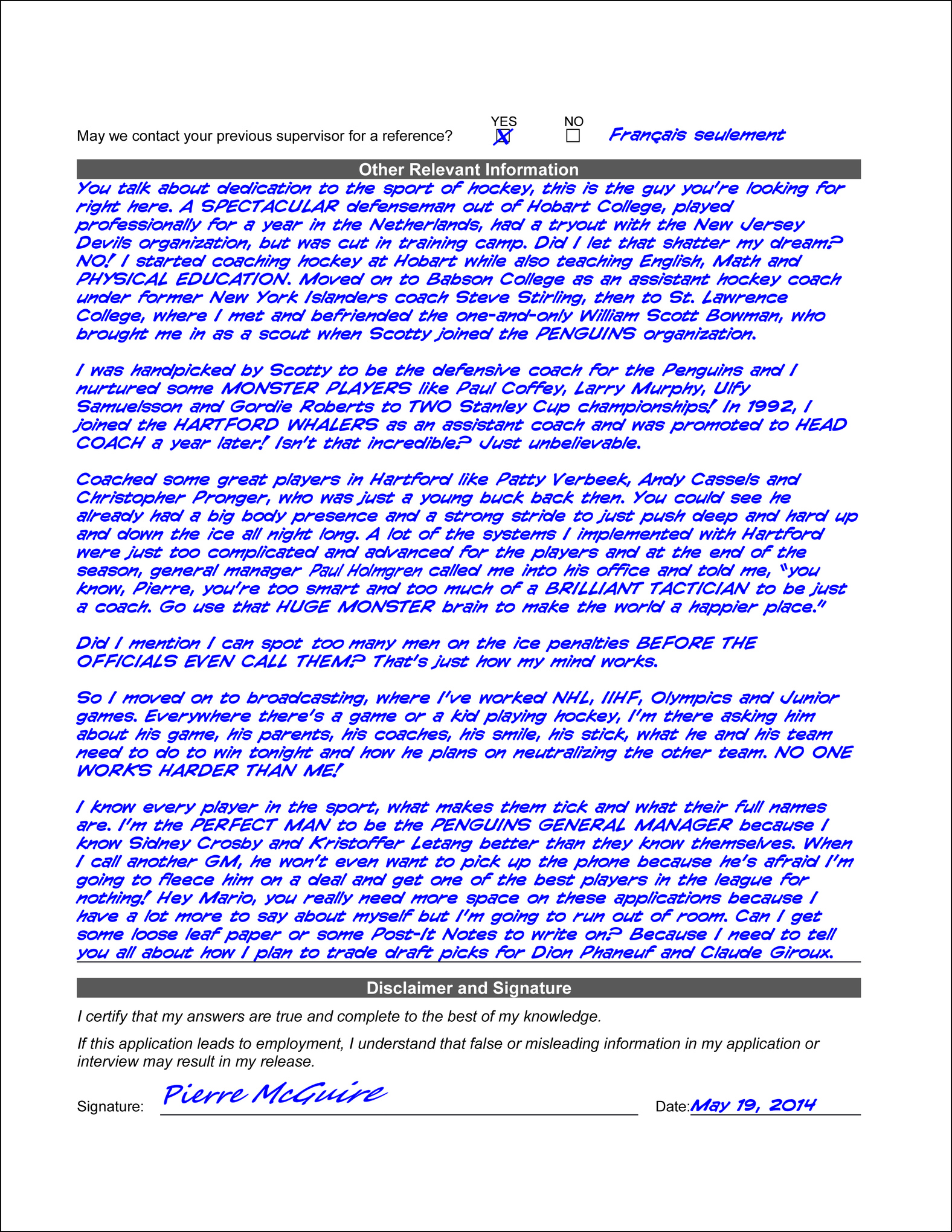 This application is fake, not real, totally bogus and completely made-up. I also doubt Pierre's penmanship is this good.