As the NHL season winds down, 16 teams prepare for the playoffs and 14 prepare for next season. Some of those non-playoff teams require more preparation than others.

A common shorthand among sports fans is to use the imagery of burning debris to describe teams that are run, constructed or simply playing badly. Thanks to The Simpsons, "tire fire" is just one recently popular label, while "dumpster fire" can be a fun way to categorize a consistent loser. Sometimes, you can even combine both.

But fires can come in a range of sizes and degrees. So before you picture a team's present or future engulfed in flames, make sure you use the appropriate enkindled terminology. 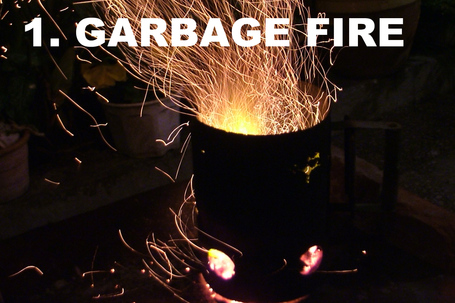 Characteristics: Contained in small to moderately-sized objects; portable to other locations; blends easily into dystopian backgrounds; burns a surprisingly long time, but can be extinguished quickly by someone with a little common sense; little long term commitment; enjoyed by the homeless.

Best extinguished by: A bucket of water or dirt. 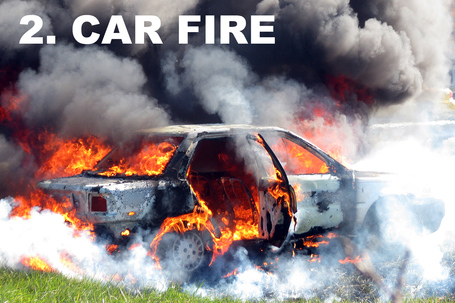 Characteristics: Spectacular and eye-catching; may involve human injury; makes rubberneckers wonder "how the hell did that happen?"

Best extinguished by: Fire extinguisher. If not available, just let it burn itself to the ground. 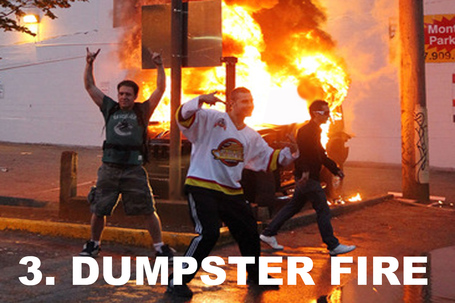 Best extinguished by: A fire department. 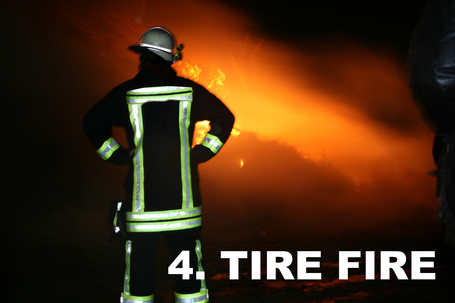 Characteristics: Mountainous and extremely toxic; can burn continuously for days, weeks or, in isolated cases, over a decade; thick smoke covers entire sky, blocking out the sun; can cause mass respiratory discomfort or illness to anyone standing within 5,000 feet; never a good idea.

Best extinguished by: EPA HAZMAT team or the National Guard. After extinguishing, the underlying ground must be neutralized of any dangerous chemicals left over, which may take several years and millions of dollars.

I'm sure you'll disagree with some or all of the above. Please show your work.