[Gameday Bits] Leave off the last 'S' for Sharks, Sabres and Sundstrom

Fish on Friday? Um....can we negotiate this?

Share All sharing options for: [Gameday Bits] Leave off the last 'S' for Sharks, Sabres and Sundstrom

The Tavares-less, Vanek-less, Grabner-less Islanders return to the Coliseum to face San Jose tonight and Buffalo tomorrow. Be sure to sign up for the fan protest that best suits your needs before game time.

FIG picks versus the fearsome fish can be registered here.

Also from the Casino story is this clipping, which is either an amazing coincidence or someone trolling Garth Snow's goaltending philosophy this season: 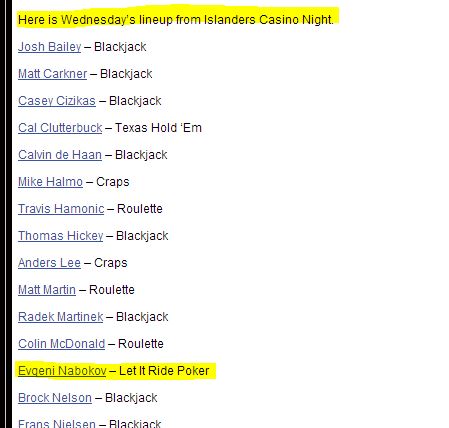 In case anyone forgot, the last game these teams played against each other was pretty bananas.