Community theater and baseball games? Brodeur could be a rich(er) man very soon.

Share All sharing options for: Revealed: Performance bonuses in Martin Brodeur's contract with the Blues involves stray dogs and NCIS

Tonight in Nashville, Martin Brodeur will play his first NHL regular season game for a team other than the New Jersey Devils. He will make his first start for the St. Louis Blues a few days after officially signing a free agent contract with them following a try out.

The 42-year old Brodeur, the NHL's all time leader in wins for a goalie - 688, all with New Jersey, wanted another chance and waited until a team came calling. With goalie Brian Elliott on the shelf for a while, the Blues turned to Brodeur to pair him with youngster Jake Allen.

Because of the late signing, and Brodeur's legendary status, the contract with St. Louis contains several interesting performance bonuses beyond the base salary. It was reported originally that Brodeur would get extra payouts for each point he earns the Blues in the standings and for remaining on their NHL roster at certain set dates throughout the season.

But that was just scratching the surface. It gets much, much weirder.

Thanks to a source buried deep in the NHL offices, Lighthouse Hockey has obtained the full Brodeur contract, including the section on performance bonuses, which is embedded below. Some of the payouts are enormous and the conditions range from believable to completely bizarre. That the league signed off on it is a little surprising.

But Brodeur is a legend looking for one more run and the Blues feel their Stanley Cup window is open now. So if spending a few hours watching NCIS with coach Ken Hitchcock or rounding up stray dogs gets them what they want, so be it. 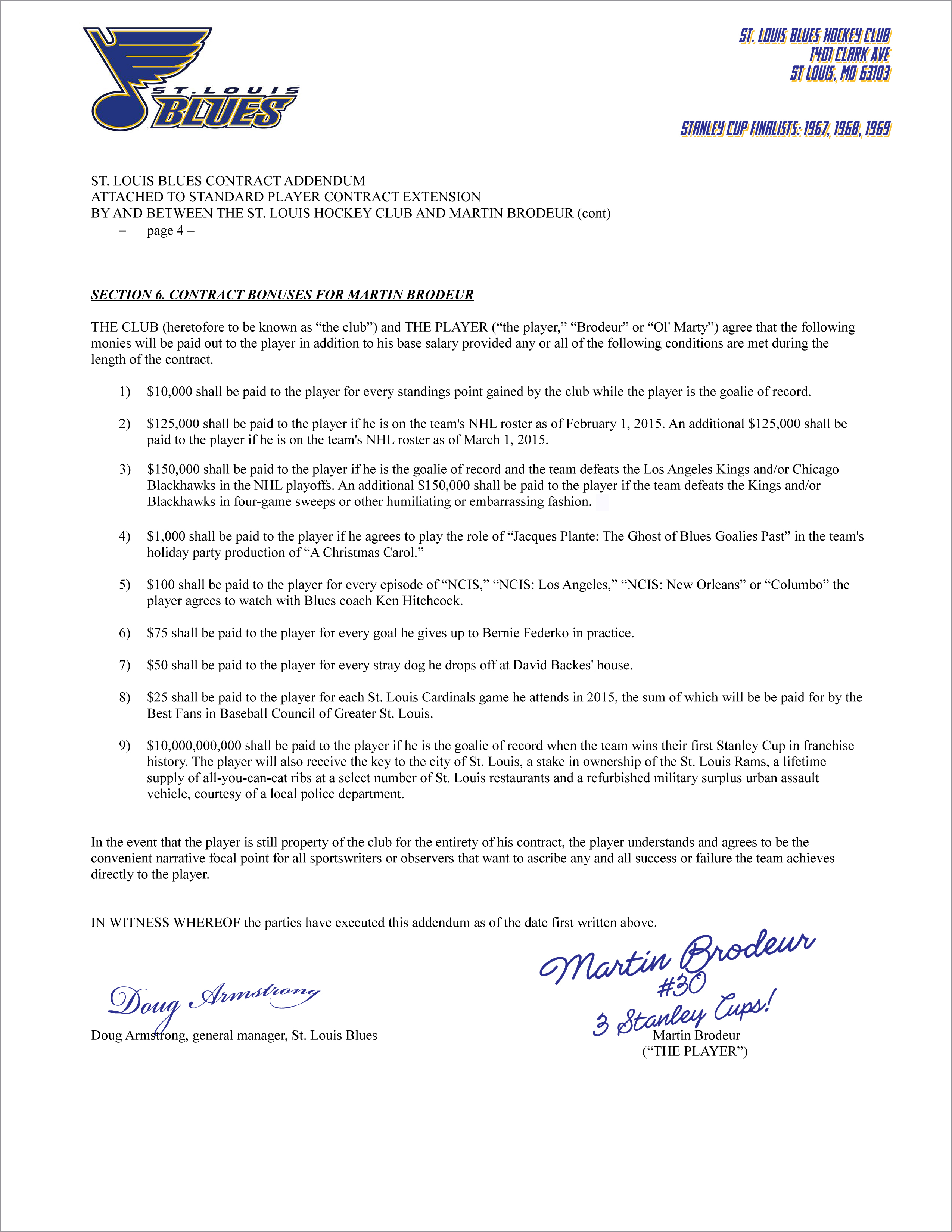 This is not real. I have it on good authority that coach Hitchcock is a Law and Order man.