Wizards of the Coast unveil their most brutal and gruesome card game yet - NHL Preseason Bloodbath.

The NHL Preseason Bloodbath Expansion will also include the following new features:

With an easy to use tutorial from real NHL head coaches, NHL Preseason Bloodbath is the best way for hockey fans to experience the excitement, danger and intensity of meaningless exhibition games. Please visit NHL.com for the latest news, updates, suspension videos, injury reports and rationalizations of your favorite teams and players.

Below is a sneak preview of eight cards from the new Magic: The Gathering NHL Preseason Bloodbath set (click to enlarge) 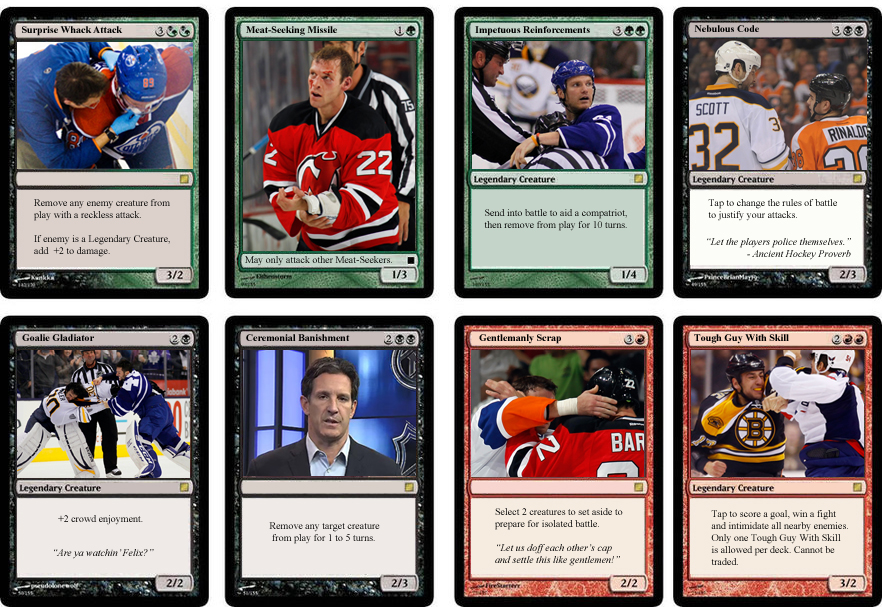 This is a satire. I swear, I haven't touched a Magic deck in almost 20 years. But they're just so much fun to Photoshop.