Zeitgeist: Even More NHL Uniform Changes for the 2013-14 Season

The NHL has re-written many of the rules governing team uniforms. Some of them even make sense.

Share All sharing options for: Zeitgeist: Even More NHL Uniform Changes for the 2013-14 Season

At the start of training camps last week, the NHL advised all teams of new uniform rules for the upcoming season. The changes have already rankled some players and coaches whose routines will soon be upset. But that was just the tip of the iceberg.

Lighthouse Hockey has through its sources obtained a draft of even more uniform rules changes the NHL plans on announcing before the season begins. Included are some brand new rules as well as tweaks and updates to the existing rule book verbiage. The contents of the memo are sure to be controversial not only for players, but for officials, media and fans also. (click to enlarge) 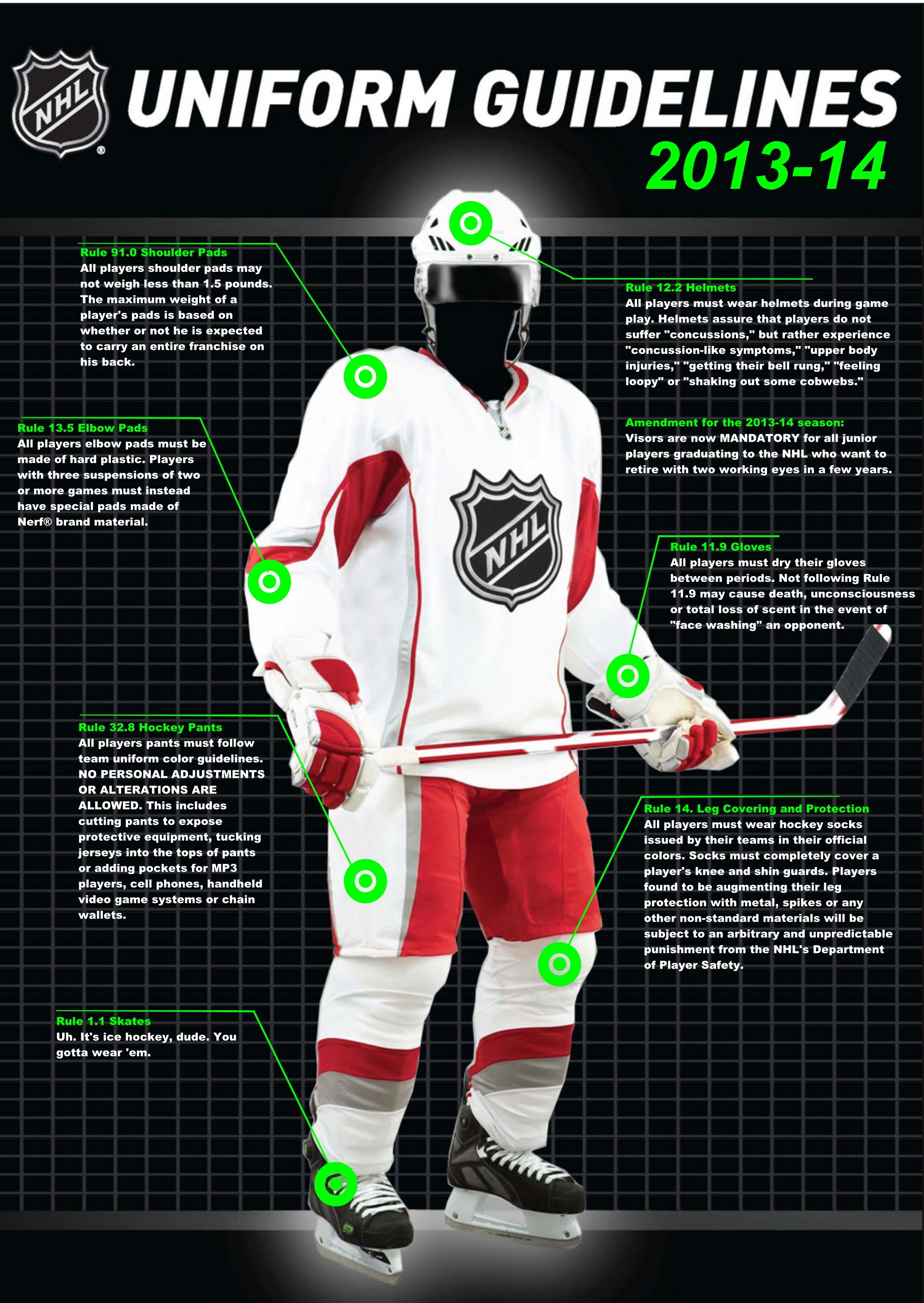 This is satire. So please don't send Raffi Torres any Nerf pads.