Photo Analysis: What Can This Snapshot Tell Us About the Islanders' Future?

A seemingly innocuous photo might give fans an invaluable preview of the Islanders 2013-2014 season.

Share All sharing options for: Photo Analysis: What Can This Snapshot Tell Us About the Islanders' Future?

The NHL off-season can be maddening. Fans spend three months trying to predict how the upcoming season will turn out. They take any signing, any report, any tiny scrap of information from any source and analyze and debate it for days like it foretells the end of the world.

It's probably unhealthy for fans to engage in this stressful behavior. Fortunately, there are professionals to do it for them.

When a picture recently surfaced featuring a quartet of Islanders training together, some of the finest hockey minds on the planet conferred to scrutinize the photo and use the clues hidden within it to answer the burning questions on every fan's mind.

Below is the photo, as well as the annotated results of that analysis. Our experts are supremely confident in their findings and feel they have correctly predicted how the Islanders' season will unfold from this one single photograph. 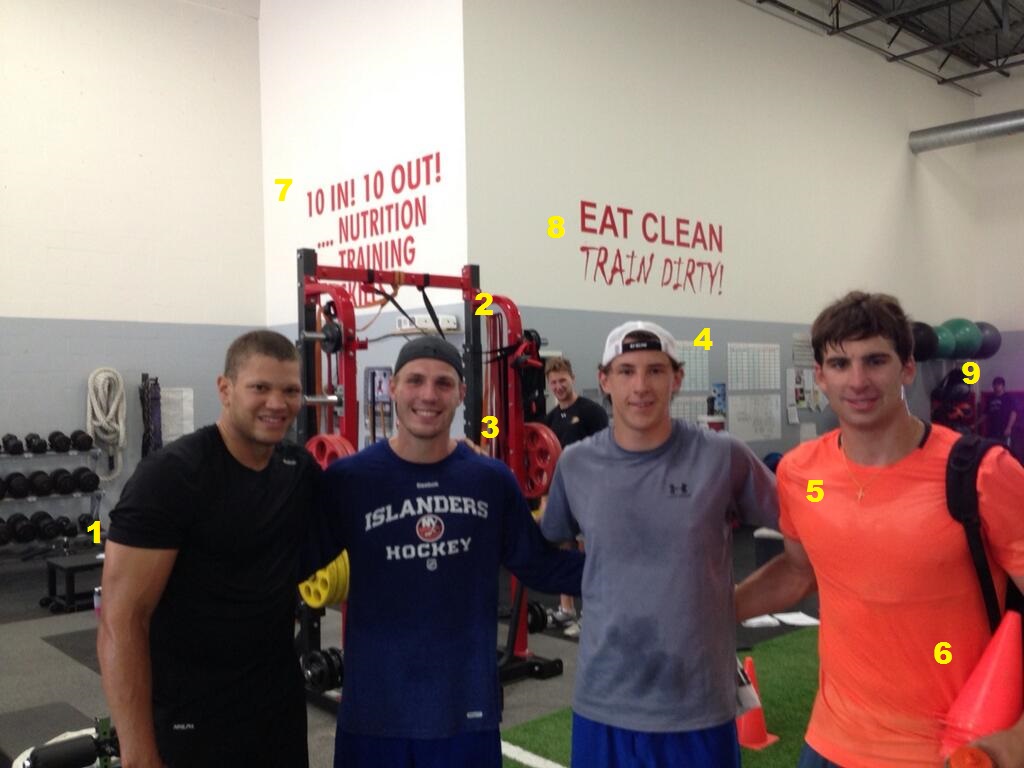 Conclusion: Using the information and signs from the picture, our experts have determined that in 2013-2014, the Islanders will finish atop the new Metropolitan Division with a 72-9-1-0 record. Tavares will win the Hart Trophy as most valuable player and will personally oversee renovations on the Long Island Expressway. Okposo will lead the league in both goals and fights, Cizikas will grace the covers of The Hockey News, Sports Illustrated, GQ and Good Housekeeping magazines, and Strome will most likely get his own hat.