The New York City Council has told Madison Square Garden that it needs to move within 10 years. But where the heck can it move to? Lighthouse Hockey has some suggestions.

With the shocking news that Madison Square Garden, the WORLD'S MOST FAMOUS ARENA, could potentially be moved to pave the way for the construction of a new Penn Station comes an important question: where can you even put a new arena for the Rangers and Knicks?

There isn't exactly a surplus of space on Manhattan, a island with 1.5 million people packed into just 22 square miles. In the city, real estate is as precious as diamonds, with apartments the size of broom closets and doll houses going for quadruple digits in rent. An 18,000 seat arena can't just pull up stakes and squat across the street.

But in the interest of charity - and with the Islanders' long history of arena issues finally settled - we at Lighthouse Hockey have some suggestions for our rivals as to where they can shuffle off to when the landlord kicks them out. 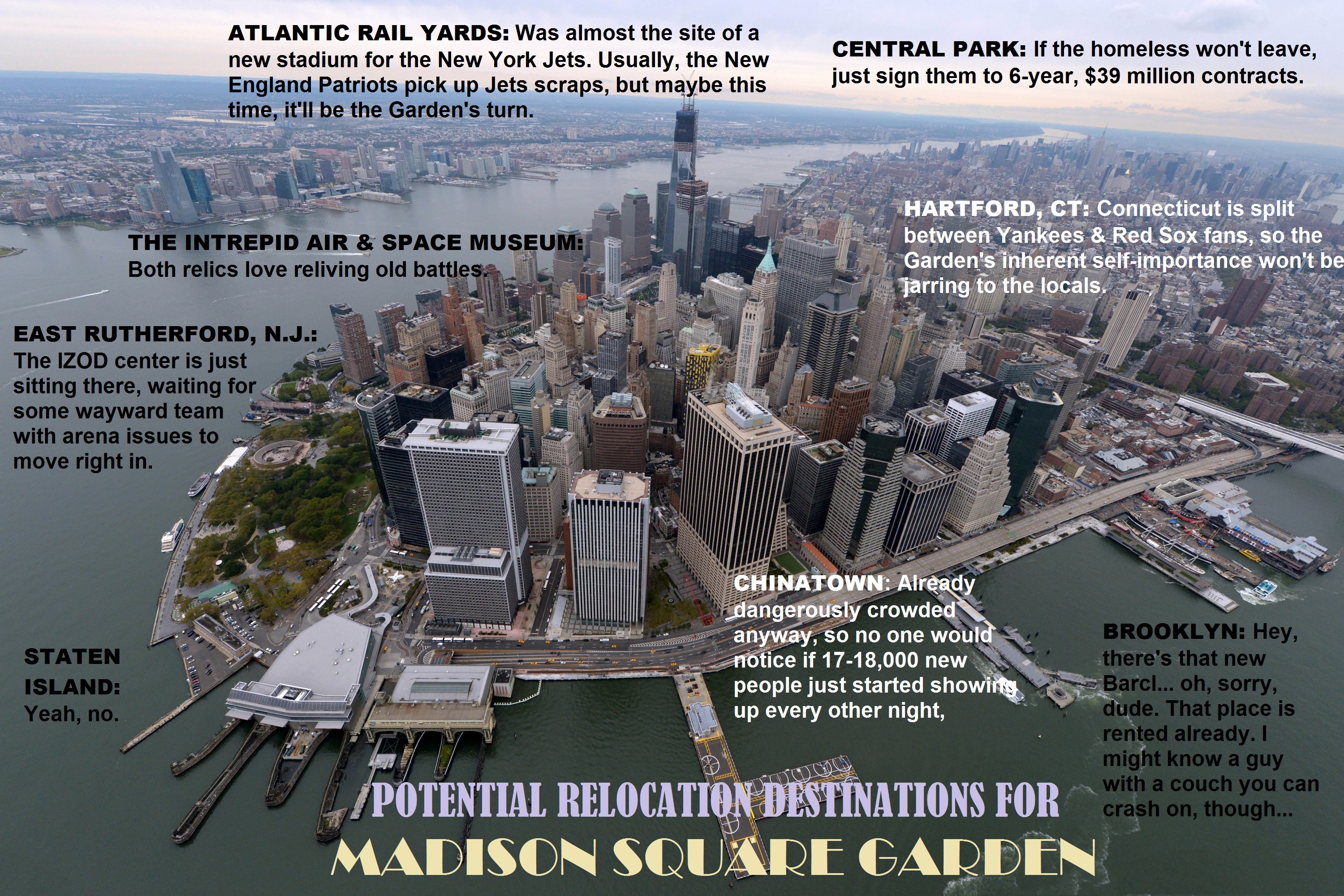 More from the NHL:

There's like a 0.0 percent chance the Garden goes anywhere. So you gotta take your shots when you can.