Overcome with playoff fever, the Nassau County headman is turning to his constituents for tickets and looking for the best deal.

(Ed. note: In a request for proposals to Islanders fans, Nassau County executive Ed Mangano is seeking tickets to one or more upcoming Islanders playoff games at Nassau Coliseum. In exchange, winning bidders will be given preferential treatment, government contracts and/or jobs, a <a href="http://www.newsday.com/long-island/nassau/nassau-awards-contract-to-sister-of-agency-chief-1.5133920" target="new">which are commonly-traded commodities</a> in Nassau County. The county released the RFP on its official website this morning, and it is being re-posted here as a public service.) 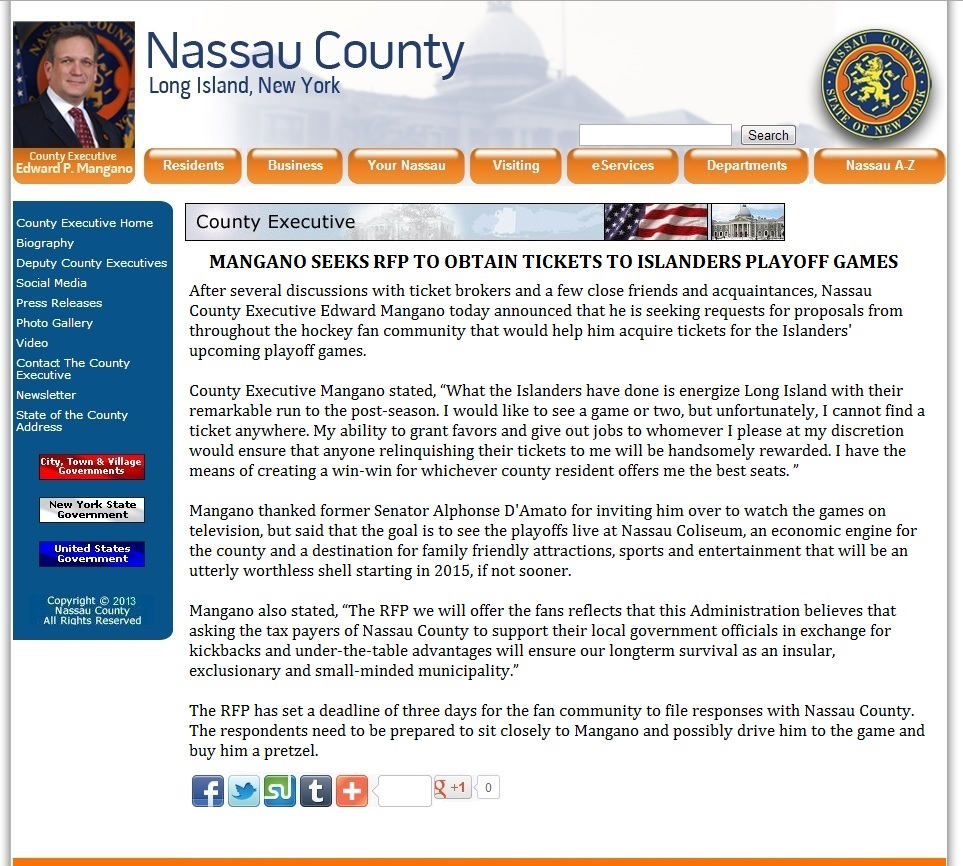 This is a parody. But if you see anybody trying to scalp tickets outside the Coliseum next week, make sure they can properly pronounce the word "arena."