There has been glimpses of potential greatness, but an overwhelming dose of inconsistent play and lackluster goaltending. Every time you thought they'd 'turn the corner', the 'Same Old Islanders' came back to greet you the next game. It was a thoroughly predictable pattern.

No lead was safe going into the third period. One goal, two goals, three goals... the Islanders had proven themselves fully capable of blowing the largest of leads in mere minutes of sub-par play. 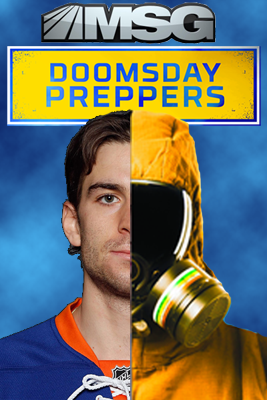 Here is a look at how the entire Eastern Conference stacked up after their respective 24th games. This article won't go into specifc players, or even into advanced stats. We'll just examine some macro numbers to get an overview.

At 2.96 goals per game, 7th in the conference, goal scoring was not the issue. A shooting percentage of 9.90% was above the conference average of 9.69%. The Isles generated an average of 29.88 shots on goal per game (7th). Offense wasn't the issue for this team.

To look at it another way, in 24 games, the Islanders had surrendered 80 goals, 12 more than the average team, a half-goal per game.

The POSS number is a very raw stat, which just measures the difference between shots attempted per game and shots allowed. The Islanders checked in at -.63, or just barely below average. We weren't being outshot, and we were putting our share past the opponent, but we gave up many more goals. That falls squarely on the shoulders of the goaltending.

To look at the rest of the conference, there are really only two anomolies: Toronto being in 5th despite being outshot by over 4 shots per game, and Philadelphia being in 10th despite outshooting their opponents. Again, the answer lies with goaltending.

Phialdelphia's goaltenders had an even worse save percentage than ours (thought not by much), but their offence was .13 goals per game worse. They were bouyed a bit by the 3 fewer shots per game they gave up than we did.

Toronto, on the other hand, gave up almost a 1.5 shots more per game than we did, and took 5 shots less pergame than we did, yet had 2 additional goals for, and 19 fewer goals against over 24 games. Their 92.02 save percentage kept them in the game

Rick DiPietro had been waived and sent to Bridgeport on February 22nd.

Craig 'Goldie' Stanley had been arrested following the game on Sunday, March 3rd, and hasn't been seen at the arena since.

Aliens had implanted a hockey-capable mind into Jack Capuano...

Many theories have been presented as to what caused the shift. It wasn't overnight, either, as the Islanders started their second half at 3-4, with a series of 3rd period blown leads. March 30th marked the last game that they didn't earn at least one point from a game. A few leads were blown, but the games were salvaged.

There were, though, some big changes to see on the scoresheet:

Scoring actually fell to 2.81 goals per game on over a full percentage point drop in shooting percentage (8.73%) to barely above the conference average (8.65%), but the offense improved to 32.19 shots per game (4th in the east, 2 shots more than average).

On the defensive side, shots on goal against dropped by almost 5 per game to 25.52 (2nd in conference, 4 below average). Goaltending also improved. The conference average for goaltending rose to 91.21 save percentage. Islanders goaltending increased to 90.67%.

With goaltending that was still below average, but not horridly below average, and a defense that had cut down on shots on goal by almost 1/6th. the Islanders were a winning team.

The Islanders transformed into the second best possesion team in the conference, with 6.67 more shots on goal per game than allowed.

Stats are through Monday, April 22

Washington had a similar w/l result to us, but they arrived at it in a much different way.

In their second half, shooting percentage went up (68 goals in 21 games vs 69 goals in 24 games), but their shots per game didn't increase by much (.24 per game). Their defense actually got worse by 2 shots on goal per game (33.14), but their goaltending rose to the occasion (92.67%, over the conference average, behind only Pittsburgh, Boston and New York). Their possesion metric of -5.14, is worse only than Toronto's (for top 8 teams in the half) and Buffalo.

Toronto continued their same pattern of being horribly outshot (-7.43 in the second half), but winning due to a shooting percentage of 11% and a save percentage of 92%

A deeper look at more granular stats like Corsi and Fenwick can define just how much better the Islanders are than Toronto and Washington, but that's a post for a different day.

Once the Islanders can address long-term goaltending with an NHL average goaltender (or better), they are set up to become a truly dominant team.