After a buyout and a few months of rest, Rick DiPietro has signed a try out contract with another team. Before installing him, they should read this manual thoroughly.

Share All sharing options for: The Rick DiPietro Owner's Manual

On Wednesday, former Islanders goalie Rick DiPietro played the first game of his professional try out contract with the Carolina Hurricanes' American Hockey League affiliate, the Charlotte Checkers. For the seventh consecutive year, Rick started a season claiming to be in, "the best shape of his life."

Despite the many, many annual ups-and-downs of Rick's time with the Islanders, we here at Lighthouse Hockey wish him nothing but the best of luck in resetting his career. Perhaps more than anyone, DiPietro deserves some extended time as a healthy, productive goalie in the NHL.

Being as familiar as we are with Rick's career, his injuries, his playing style, his injuries, his drive and his injuries, we felt it was a good idea to spread our information with teams that could acquire his services in the future. Whether he stays with the Checkers or moves elsewhere, teams would be well-served to read this manual thoroughly before installing a slightly refurbished Rick DiPietro.

(Click to enlarge. Can be printed out and folded for handy storage in a kitchen drawer, nightstand or equipment bag.) 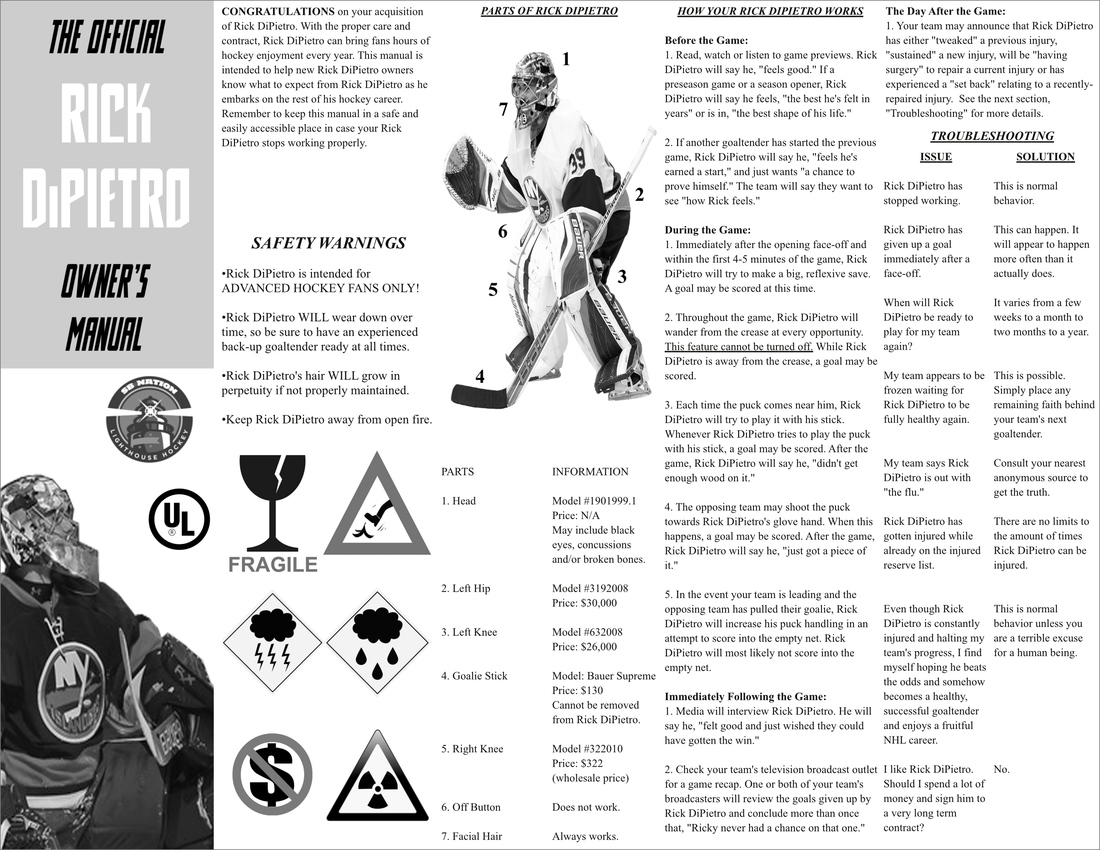