With the CBA settled and a new season on the horizon, NHL teams have begun making amends with fans by offering discounted tickets and other , slightly less exciting enticements to get back in the fans' good graces.

Only a few teams have announced their plans so far, but Lighthouse Hockey's spies (ahem) have obtained some preliminary promotional materials that have yet to be released to the public.

As a service for fans who are still undecided about returning to the game, we present this sneak peek at a few more PR initiatives meant to bring the casual hockey fan back after another depressing lockout.

(click to enlarge...and slap yourself if you think this is real) 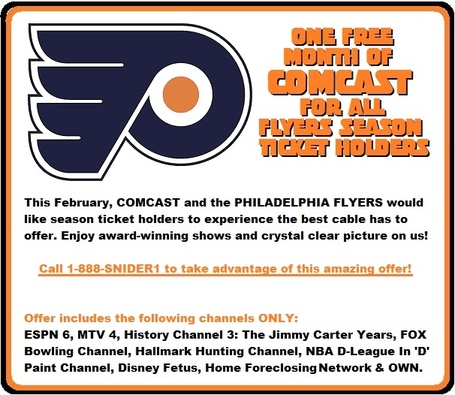 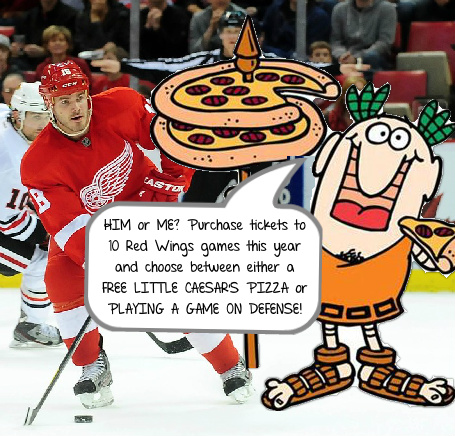 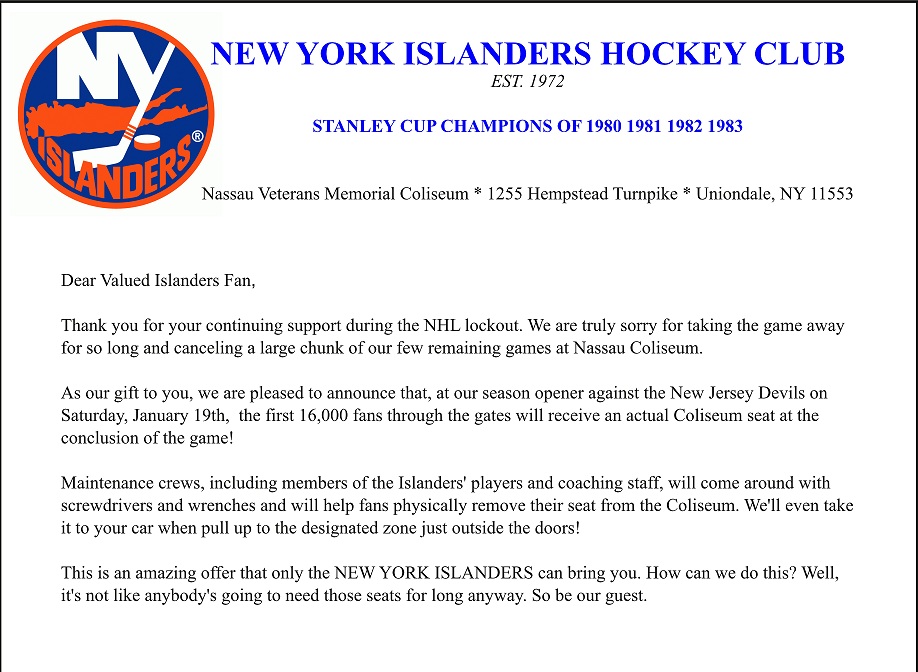 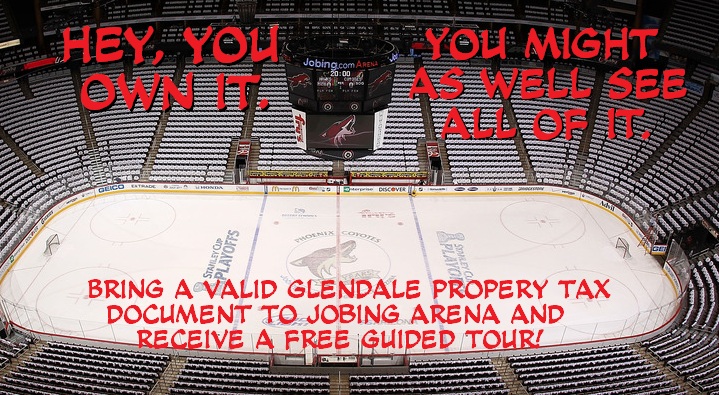 UPDATE: Since compiling this list, a couple of offers have already been pulled off the table.

These are parodies. But this is not. Good on ya, Kings.