A few weeks ago, I asked Islanders GM Garth Snow about signing my son, Sebastien, recently named one of the top 25 prospects under 25 months old, to a lucrative free agent contract.

Garth started spewing some nonsense about how he had to be at least 18 to be signed, so I reluctantly agreed that we could wait a couple months for the deal, as he is 16 months old now. Suddenly, Garth changed his story to be that he needs to be at least 18 YEARS old, not months, and that they only draft defensemen from Canadian juniors, American colleges, and random high schools.


My son is a power forward, so we took him on a recruiting trip to the Canadian junior league most well known for developing power forwards, the WHL, err.. the OHL..., closest to home to placate his mother, the QMJHL.

The trip started in Ottawa, and we arrived on the biggest national holiday in all of Canada, Free Agent Signing Day, July 1st. The day is marked by fireworks, parades and giant parties on the front lawn of Parliment. 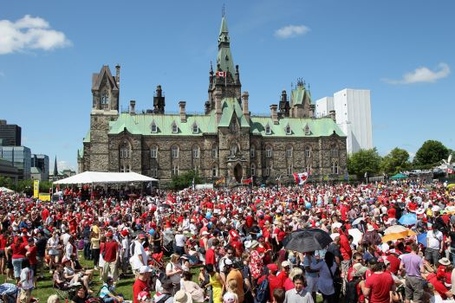 Not technically in Quebec, because there are still signs in English, we walked over the bridge to Gatineau and spoke with representatives from the Olympiques. At first, they were excited to hear about the highly rated American boy who had a Frenchly spelled first name, but that enthusiasm quickly wore off when they realized that he did not yet speak French, but only some random babbling and whining. They suggested he apply for an on-air analyst role at NBC, as he was already more qualified than some of their current 'talent'.

Undeterred, we journeyed on to Quebec. Wearing my Islanders hat, I was mobbed by throngs of fans wanting to know if I was an advance scout looking for places for players to live in 2015. Unfettered by complications of zoning, traffic issues, and Kate Murray, the city has already started development of an arena. With the Coyotes seemingly no longer available for relocation, it came as a shock that the Islanders weren't the popular choice to be the new primary tenants. 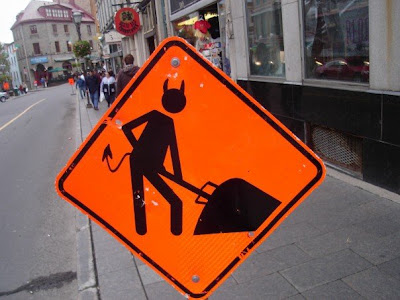 We did get a tour of some of the rich hockey history of the city. The Bulldogs, our guide pointed out, won 2 Stanley Cups well before those upstarts in Montreal won anything. Then the team was moved to Hamilton. Our guide also spoke with pride that Quebec had one of the very first women's teams, but sadly that team was moved and became the Toronto Maple Leafs.

As for my son, the Remparts wanted him to tack on about 4 feet in height and about 160 more pounds before considering him.

Our last stop was Montreal. And while they don't have a Q team there, we did happen to run into some old friends... 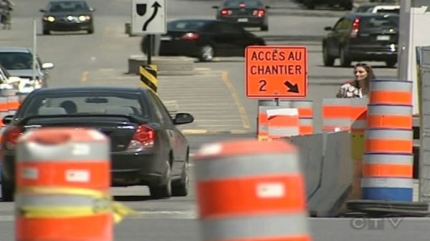 We ate poutine, crepes and some form of beaver and moose stew... but no contract, at least not yet.