Bring the excitement of revenue sharing, contract parameters and legal wrangling into your home this fall!

You sit on one end of the negotiating table while your opposite number sits on the other. Each of you has one mission: get the most for your side no matter what it takes. Do you have the skills, the wits and the nerve to stare down at the other end of the table and make - or break - the deal?

Find out this fall with "Snakes & Lockouts!," the collective bargaining board game from Grown Up Games.

Whether you think a sports apocalypse is upon us or you have faith in the processes of high-powered negotiators, "Snakes & Lockouts!" is your game. You can lock the players out of your league, convince the players union to go on strike or cop out and sign a CBA extension for another year. Take baby steps or go for the jugular. You can leak secrets to the press or twirl them like a top with rumors and subterfuge. You can incite panic in the fans or give them reason for hope. The rules are in your hands!

"Snakes & Lockouts!" arrives in stores this September 15*. Full details are after the jump.

ABOUT GROWN UP GAMES: Grown Up Games, based in a shadowy lair underneath a high-rise office building in New York City, is the worldwide leader in toys and games based on real-world issues, events and people. Other best-selling products from Grown Up Games include "Un-Monopoly: The Antitrust Exemption," "Hungry Hungry Moguls" and "Don't Break the Strike!"

* Release date subject to change. Order now while supplies last. Shipments may be canceled at any time, so If you don't want to wait, you may want to pick up another game in the meantime. 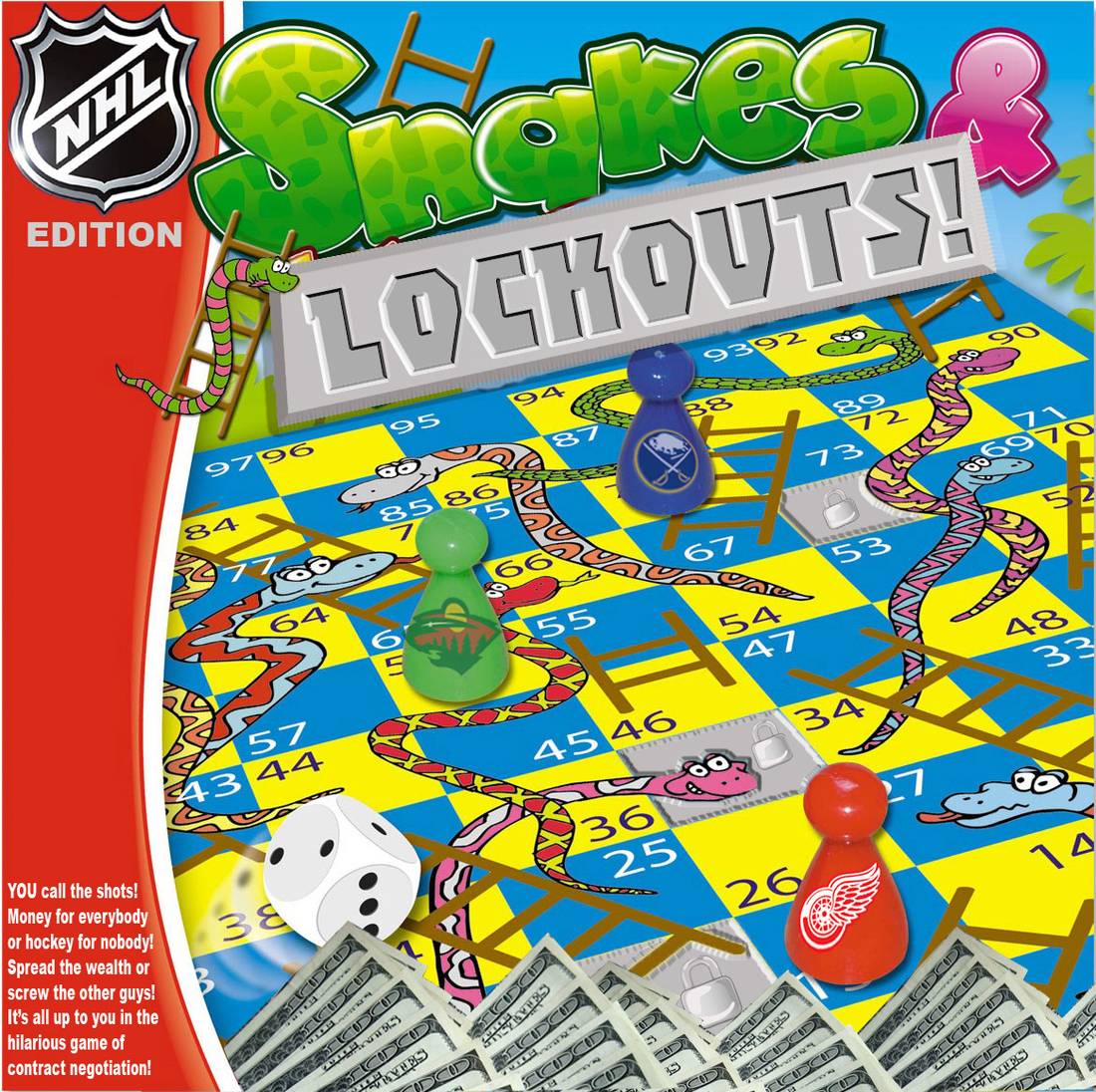 This is a parody. The game is not real. But if you want to send us money for copy anyway, we'll gladly accept.