Share All sharing options for: Alex Semin's Backstage Rider May Be Keeping Him Out of the NHL

Alexander Semin, NHL All Star and possessor of excellent hockey skills, remains unsigned and the reasons why have been vexing and mysterious. Until today.

Lighthouse Hockey has obtained perhaps the single biggest reason why Semin has yet to find a new home - a lengthy backstage rider contract stipulating various outlandish demands the winger is making on any team that dares try to retain his services.

Backstage rider contracts are typically issued by rock bands and other touring acts to promoters as a "wish list" to detail stage design elements, private spaces and anything else the performer might want no matter how insignificant. It is believed that no NHL player has ever formally submitted a complete rider document to a team before signing a free agent contract.

Semin's orders range from the size of his private dressing room to amenities to specific brands and amounts of drinks and snacks to be provided to him and his guests. All the provisions are expected to be followed strictly and religiously. While this may seem like an example of spoiled athlete excess, some hockey insiders believe that many of the more detailed requests may in fact be traps to make sure general managers had actually read the entire 143 page document.

Excerpts from the rider are after the jump. Both Semin and his agent Mark Gandler refused to comment on the validity of the document. Which, to us, means it must be true. 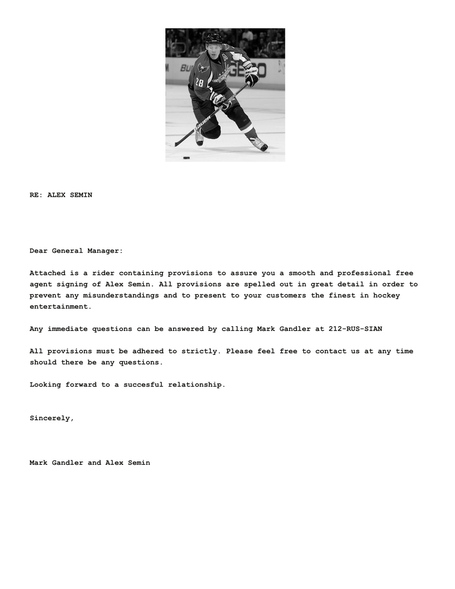 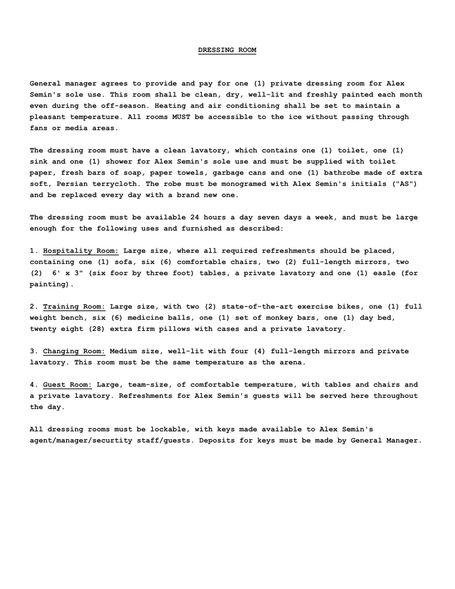 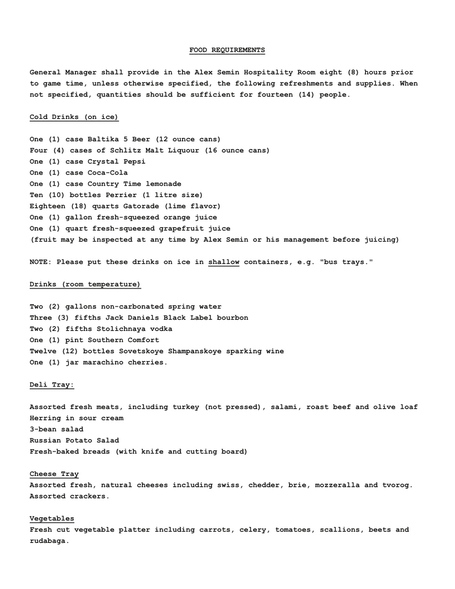 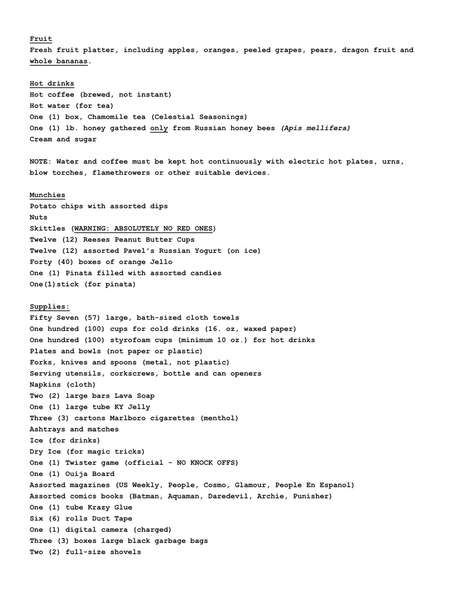 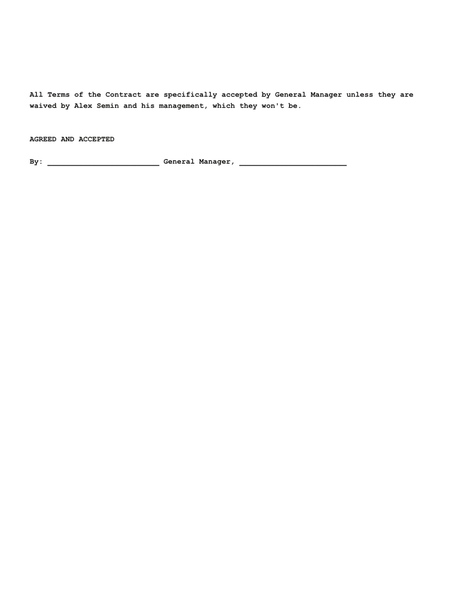