Players sign free agent contracts for all different reasons including money, a shot at a championship, one more season in the best hockey league in the world and money. Also, lots of money.

Using data from the last 16 seasons culled from player interviews, media reports, wire-taps, unsubstantiated rumors, parody Twitter accounts and psychic advisers, the following chart documents why NHLers chose to sign where they did.

The answers may surprise you. The use of advanced statistics to analyze NHL free agency is still in its infancy. But when used properly, they can give valuable insight into what a player's true motivations are at the time when their career paths are most in their control.

Even if that motivation is getting as much cash as they can before they retire and open up that cupcake bakery they've always wanted. 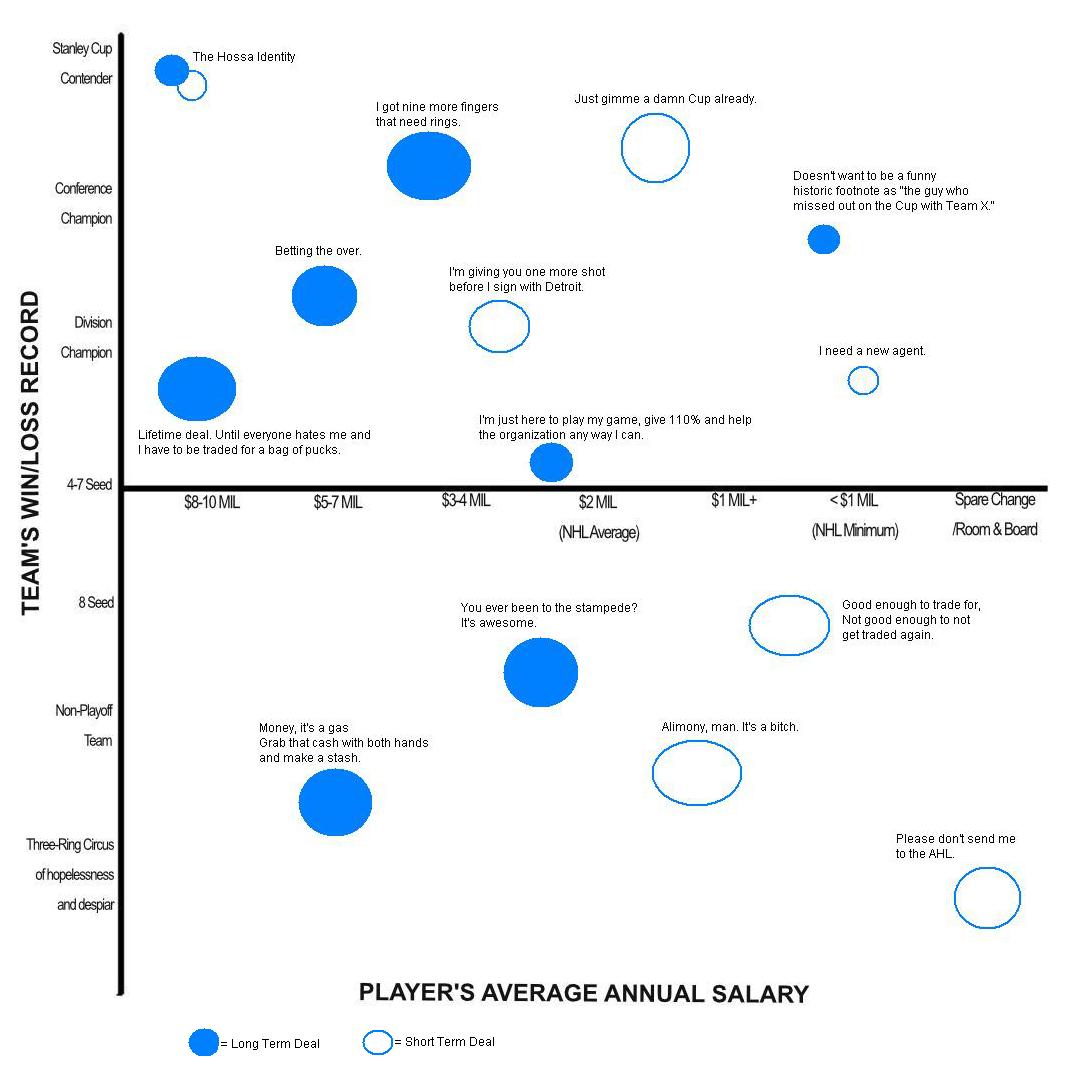 This post would not have been possible without Rob Vollman, whose hockey abstract reports really help make NHL advanced stats understandable for those of us that failed freshman math in high school. Follow him on Twitter at @robvollmanNHL.