Site Note: Lighthouse Hockey finally has a "pretty good idiot." Please welcome PGI as a new front-page author who will contribute a little of this, a little of that, and humorous "Zeitgeist"-style posts like this one. Here is his first post:

On Tuesday, the Toronto Maple Leafs issued an open letter to their fans apologizing for their disappointing 2011-2012 season. Calgary Flames management followed suit the same day by also apologizing to their fanbase (though not on pretty letterhead) for not reaching their goals this season.

Lighthouse Hockey has "learned" that the Islanders plan to issue a similar letter to their fans, and has obtained an advance copy of the letter through the proverbial former team executive who wishes to remain anonymous.

The letter is presented in full below: 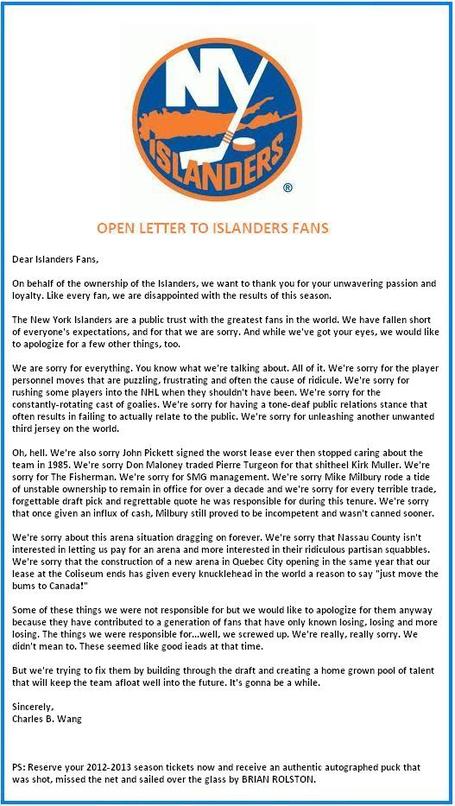