Islanders vs. Sabres Gameday: The Push for Pertinence

Share All sharing options for: Islanders vs. Sabres Gameday: The Push for Pertinence

You might think the New York Islanders have played pretty well and attained some nice results lately, and you'd be right. Their 6-3-1 in their last 10 -- the Toronto home-and-home being the worst hiccup -- is nice.

But the first quarter hole they dug and the NHL's "The People Demand a Winner" three-point regime means the Islanders are in the East's basement apartments with four other teams whose idea of reaching "the next tier" is catching Winnipeg.

Not that the Islanders as a team have looked satisfied lately. It's just good to remember that real success in the NHL means not just winning more often than not over a 10-game -- or even month long -- stretch; it means doing it for six months.

For the Islanders to climb into that next area of "well maybe" playoff aspirants, they have no choice but to keep it rolling tonight against another fellow Eastern basement tenant.

It's funny the contrast in expectations: After the Sabres splurged this summer there was a lot of talk of a contending team, so to find them down next to the Isles in the table is a great disappointment that has led to the owner issuing explanations and media guffawing at the petty drama of life in the bottom third.

The Sabres' cap number alone is essentially the full $16 million payroll range above the Islanders, and the disparity is wider than that when you factor in huge payments this year to Christian Ehrhoff ($4 million cap hit, $10 million cash payout this year) and cap inflators like Nino Niederreiter's bonus clause and buyout payments to Alexei Yashin and Brendan Witt.

There are many ways to skin a cat, if you have the money. What Terry Pegula's wallet affords them is the chance to fix and bury a few problems and start over quickly. But while the stark contrast between expectations and results has the Sabres rethinking their roster and slapping sale signs on players, some of those contracts just will not be easy to move.

Brian Compton has projected lineups at nhl.com. You would think the Islanders would give Al Montoya a run after Evgeni Nabokov played last night in Ottawa. But Jack Capuano has not been reluctant to use Nabby on back-to-backs, and he didn't exactly have a heavy workload last night. So we'll see. With no morning skate expect word to filter around 5 p.m. or so.

The Sabres are relatively healthy, though they'll be without Tomas Vanek. They were able to sit and wait for the Isles last night, so their talk is of getting an early jump on the home team.

Some fun Hornick-like stuff from the game notes:

In Which Howie Rose Tries to Pin Down Garth Snow on UFAs. Nice Try.

It's good that Rose pushed on what Snow's "mindset" or "pressure" would be if neither Frans Nielsen or P.A. Parenteau are signed at the trade deadline, but it's probably best Snow doesn't bend here. His firm policy has been not to discuss on-going contract negotiations in the press, and if he wavered on this for this moment, the only outcome would be a bunch of headlines and press that say, "Snow Says Nielsen, Parenteau Could Be Traded."

Which is not news -- it's the reality of the situation when faced with pending UFAs this time of year. All saying those words at this point would do is drive more questions to the players like, "How do you feel being on the trade block?" So given that this has been long-running team policy, going Dean Lombardi on the situation would be an odd departure. Things were handled the same way with Matt Moulson last season, and both sides felt plenty of pressure to make a decision even without a bunch soundbites in the daily coverage.

Kudos to Rose for also digging into budget/salary floor questions. It's tough to get much when it's the team broadcaster asking the team GM, but they at least aired the questions and official stances. Snow's response was basically "it's a fine line" when you have so many young players who inherently make less money.

Nothing new there; on that note, one of the Isles' rare clear attempts at a big free agent splash will be in a Sabres uniform tonight. 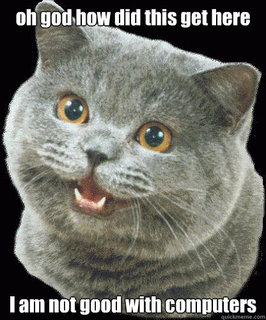