Goalie-turned-GM Garth Snow personally oversaw the group of aspiring netminders, all of whom were required to sign a long complicated waiver before setting foot on Islanders property.  Meanwhile, special advisor Scott Gordon took over a conference room to audition a variety of shamans, healers, voodoo priestesses, and exorcists to purge the team of "bad spiritual ju-ju."

"It's a process," Snow said when asked if he'd found anyone suitable to take the ice for the Isles.  "You have to understand, you're not seeing guys who are generally used to playing in seven layers of styrofoam and bubblewrap.  A couple of them seemed to have mobility issues."

This may have been a reference to one player who was so heavily cushioned that he spent most of the session wailing, "I CAN'T PUT MY ARMS DOWN!"

One aspiring goalkeeper did stand out during the three-hour session: 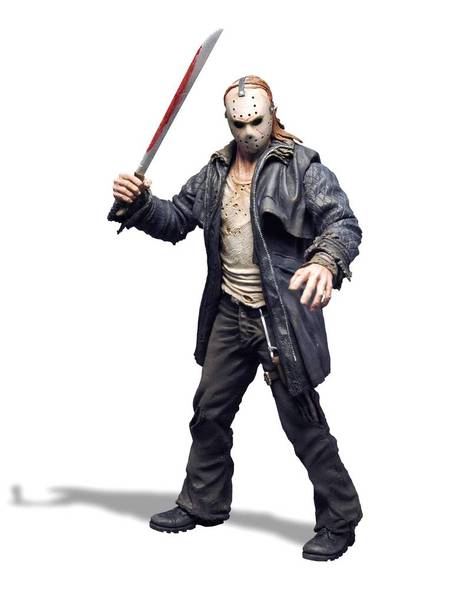 Head Coach Jack Capuano praised the young man, noting that once his machete was replaced by a hockey stick, he was solid in net.  "His mobility wasn't so great," Capuano admitted, "but I liked his rebound control, and the kid's indestructible.  Someone lost an edge and plowed him by mistake; they took him to the trainer's room, but all of a sudden he was marching down the ice again.  He came from an entirely different part of the arena - just popped up from nowhere."

The team, however, could not sign the mystery goalie because he suddenly keeled over and vanished in a cloud of brimstone.  "We think one of the shamans got lucky," Snow said.  "It's good news long-term, but it doesn't really help us in the here and now."

When asked if he would move back to the ice himself, Snow leaned back in his office chair and admitted that it might become necessary.  He was immediately run over by the Zamboni.

Capuano praised another candidate, a rec league goalie from New Jersey.  "It's true that he doesn't actually have any ice hockey experience... or ice skating experience... but his bum knee makes him a natural Islander.  I mean, how badly can he get injured if he's already injured?"

The player was found three minutes later, unconscious in the parking lot, with feral cats attempting to drag him into the woods.  He is now resting and stable in an area hospital.  In a cruel twist of irony, his roommate at the hospital is digruntled netminder Evgeny Nabokov, who is out indefinitely with imflammation in his sense of entitlement.  "He's had complications, it doesn't look like he'll join the team any time soon," Capuano said.

"It's really shocking," Nabokov said in a statement.  "It's almost what would possibly happen to franchise if they perhaps angered Russian Mafia... hypothetically speaking.  But it's certainly very unlucky as far as you can prove."  He also denied rumors of imploring the vengeance of Baba Yaga.  "This is book on knitting - more or less," he said, indicating a leather-bound Cyrillic volume surrounded by mysterious darkness.  "Why you think I have these needles dipped in something that is NOT goat's blood?"

Reduced to desperation, the team followed the recommendation of their newest trainer, Baron von Tamedi the Great, and filed a contract for reanimated netminder Terry Sawchuk.  "We're not sure how long it will take him to get into game shape," Capuano said, "and of course there's the off chance that he'll try to eat the brains of an Ice Girl, but if this works, we'll be adding a Hall of Fame goaltender to our staff."

"I'm excited about this," said Islanders captain Doug Weight.  "I remember seeing Sawchuk when he came up through juniors, I think he still has a lot left to contribute.  Physically he's still only 40 years old."

The league denied a waiver claim for Sawchuk from Detroit GM Ken Holland.  "The CBA is quite clear on this point," Gary Bettman said in a statement.  "Since Sawchuk died as a New York Ranger, his zombie form is their property - in this case, literally - unless another team reanimates him first, and then they claim his rights.  That's the Islanders."  Glen Sather, however, vowed to give Sawchuk's remains a four year, $18.5 million deal.