More and more people are accessing this site via mobile, so pardon the latest heads-up from our network hosts, where the developers have been working day and night: The SB Nation iPhone app v1.1 is now available in the App Store.

It incorporates several features from your feedback and suggestions, including the much-requested feature to direct your phone to do an entire orbit of the offensive zone. (Note: COZO feature applies only if you're a right-handed shot playing LW.)

This version (it's free) still gives you the latest from Lighthouse Hockey and 300+ SB Nation blogs, but adds more features. A similar app for Android will be out by the holidays -- which means Androids will be able to virtually scream about the Islanders' December swoon just like iPhone users.

Only having used the sit-at-my-desk version of this site since forever, some of the new features sound pretty essential: 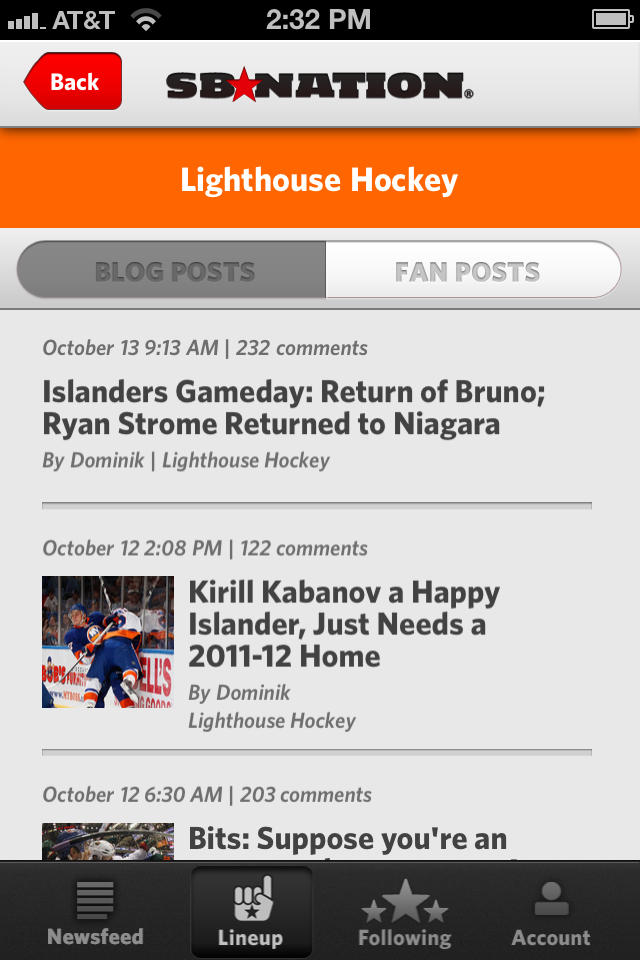 Here's how to get it:
Go to the App Store on your iPhone and search for "SB Nation"
-- OR --
Go here and click "Download Now"

1. The SB Nation Android app will be out by the holidays and include all of the functionality and features of the iPhone app.

3. SB Nation is far from finished making updates to the app and will continue to add new features and content in the future, including FanShots and push notifications.

If you have any questions, feedback, issues, leave them in this thread. The SBN developers will be surfing around to see what we're saying and incorporate it into future updates.