If our community first-round East picks were off the mark (collectively speaking ... your mileage may vary), we got it down a bit better in the West. A quick look back at our first-round Western Conference playoff poll results are after the jump -- and you can still review full picks and submit your own bracket in WebBard's playoff pool FanPost.

Meanwhile, at the end of this post (or before the jump, if you're on the main page) is the poll for your Penguins-Canadiens predictions. Lots of Penguins material including this preview is at Pensburgh, while Robert is having a ball at Habs Eyes on the Prize.

Quick argument: Jaroslav Halak's run was amazing but unsustainable. The Canadiesn' upset of the Capitals was a perfect storm achieved in part by Jacques Martin going to a short bench to squeeze out three wins in a row through classic underdog hope- and bend-but-don't-break strategy. You can't do that forever, Halak can't be Craig Anderson-like forever (neither could Anderson, actually), and the Penguins are better versed than the Caps were at dealing with a variety of underdog attempts to slay the dragon. Head Says: Penguins in five. Heart Says: Give me seven or give me dull summer TV.

One thing was a majority sentiment: Most feared the Wings would win but wanted the 'Yotes to prevail -- except that sympathizer, mikb. Gotta watch him.

So only 4% nailed the exact result (Detroit in 7), but 54% had the true favorites in red underdog's clothing winning the series.

Wisdom from the preview:

Yeah, well, by "multiple" did you mean like two or three?

Hope against hope mixed with realistic dread from the preview:

Head Says: Red Wings in five, though I really don't want that to happen. Heart Says: How cool would it be to see the Coyotes win Game 7 at home?

Yeah that would have been cool. Which is why it was never happening.

Pretty dead-on from the preview comments: "This series has the potential to be the biggest of the 1st round. Hopefully it turns out that way." -metalcoconut

Impressive lingering hate, and dream realized: "Can't bear it if a Don Baloney-led team wins. Nice job on the regular season and all, and I love an underdog, but enough is enough." -isles16

I got this poll up late, so there weren't as many votes. But those who voted still got it down pretty good.

Wisdom: So that poll was buried in a Mikko-themed links post -- not much commentary on the series itself. I'll go ahead and claim this bit proved to be true, though: "Los Angeles is a fun, well-coached team that should make this an exciting series and might even make it a long one. ... They just look like a young team, still figuring themselves out. This will be a great experience for them, but that's probably it."

I don't have much more to say about this series other than I will remember how Nashville coughed up Game 5 in Chicago for the rest of my life. There aren't really words in the traditional "stomach-punch/choke" motif to describe what happened.

In the words of Dirk Hoag, the Preds blogger at On the Forecheck: "In 30+ years of watching hockey, that might be the most brutal loss I've ever seen a team inflict upon itself."

But here's how people voted here:

Hey look at that -- we're geniuses! Almost half of the voters nailed the winner and the number of games!

* Oh, wait. For reasons I no longer recall, I didn't provide a sweep by either team as an option. Yay for Internet whim!

So there were no sweeps, but this one was probably the mismatch of the first round. You wouldn't know it by the spread of our votes, though -- I suspect a lot of voters were understandably worried about the Shark fins around their own neck.

In the end though, the plurality nailed it:

Not so much wisdom in comments, but some doses of good ol' bitterness -- toward both sides -- in the preview. Here was my anti-Shark (Heatley) hope/prediction:

Head Says: Sharks in five. Heart Says: I hope Heatley never wins another playoff game, but Sharks fans at least deserve a long run to remove some of the "choke" talk.

"Karma Falls Like an Avalanche: I actually used to like the Avs but then they stole Smyth from us along with Scott Hannan (Isles were in the hunt for him that summer as well). Later, they signed Darcy Tucker and they were dead to me. For those reasons I’m willing to overlook the toolness that is Heatley and root fot the Sharks." 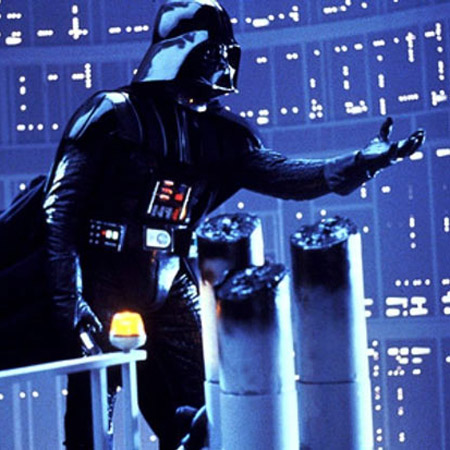 ...which would be why I preface each preview with "Head Says/Heart Says" picks. Because what you objectively think (or in many cases, outright dread) will happen is often a far cry from what your simmering hatred makes you hope will happen. Hey, when your team is out or never even made it, sometimes all that's left is to channel the power of the dark side to wish some other team goes down in flames.