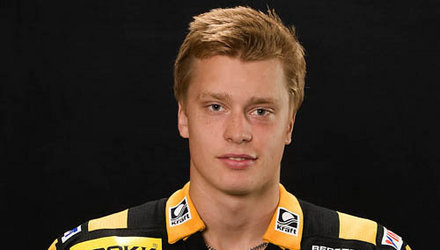 As it now appears to me, this team is likely to dig such a hole pointwise by the time our key players return that a serious playoff run is unlikely. In fact, I suspect that New Jersey and Buffalo are in a funk and will get back in the hunt. The bottom five will likely consist of Edmonton, Florida, Toronto, us, and one other.

That being the case, the number one overall is a very real possibility this year. If we have that pick, there is no doubt in my mind as to who we should pick: Adam Larsson of Skelletea, SEL.

This description from ESPN Insider (http://insider.espn.go.com/nhl/blog?name=nhl_draft&id=5363275) is as good as I have found:

Larsson's game incorporates the strengths of these three. He can man a power play at the point like Karlsson. At 6-foot-2, 205 pounds, he's physically imposing like Hedman (although not quite as). And he's as hockey-smart as Ekman-Larsson, reading plays and making the puck do a lot of the work for him.

"I don't know that he's better with the puck than Karlsson or Ekman-Larsson, but he's a notch above them with his physical game," Andersson said. "I like him [as a prospect] even more than Hedman. And everything I hear from people who know him is that he's a first-rate character guy."

This guy is probably as close to The Captain as an impact defenseman as any guy we are ever going to have wearing the blue and orange. I still like David Musil a lot and if Larsson is off the board when we pick, Garth should probably trade down and pick him. But if we can pick Larsson, he's the guy.

The videos are as follows: a brief clip of AL making a big time defensive zone play on Filatov at the WJC, followed by an excellent breakout pass, a lengthier clip of some of his first SEL goals, an even longer clip where he is interviewed by a Swedish sportscaster (if anyone can interpret, that would be helpful--but he seems to be saying that Larsson is even better than Big Victor), and a clip of his fight with a Canadian goon twice his age. He more than holds his own until the goon sneaks in a few jabs at the end under the linesmen's arms.

Who would you like the Islanders to draft if they have the number one overall in June?