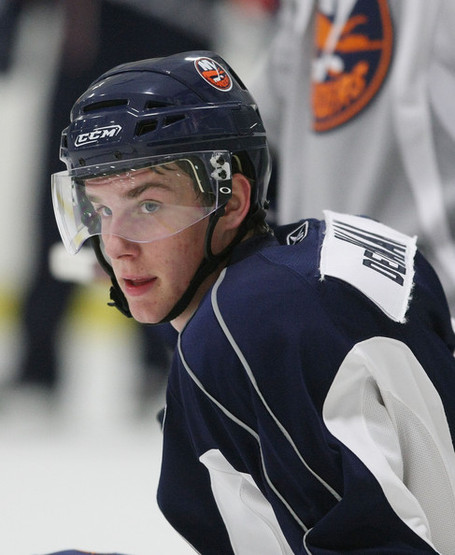 ...oh wait...it's the other guy. With all of the expectations regarding John Tavares, it may seem more than a little ironic that it was the other first round pick, Calvin De Haan, who earned the kudos in their first NHL game. He scored a goal to tie the game which the Islanders eventually lost 3-2.

How soon do you think Calvin De Haan will be NHL-ready?