LHinks: Where the Lighthouse Project stands

Share All sharing options for: LHinks: Where the Lighthouse Project stands 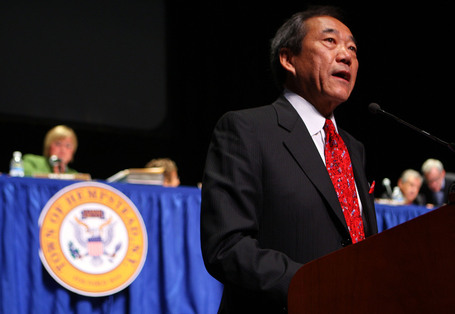 As a follow-up to yesterday's collection of live coverage and Tweets, here is a bounty of links on yesterday's Lighthouse project rally and environmental impact hearings.

Procedurally, yesterday's hearing was about concerns or changes to the environmental impact of the project. Realistically, it was supporters and opponents' best chance yet to be heard on the proposal's merits, to show the Town of Hempstead how they feel. It's telling -- and positive for Islanders fans -- that support was large and well-reasoned. But there is so much left to do ...

Finally, a reminder: This phase isn't over. The public comment period lasts until Aug. 17. You can send yours to the Town of Hempstead here: lighthousecomment@tohmail.org