Mock Draft: With the 1st selection, the Islanders pick...

Share All sharing options for: Mock Draft: With the 1st selection, the Islanders pick...

Starting today, 10 days out from the NHL entry draft, the hockey blogson SB Nation are doing a mock draft. Three picks a day, with the master list running through James Mirtle's From the Rink. He'll update the list each day with the next picks and links to each blog's rationale.

As far as I know, there will be no funny stuff. No fantasy trades, no Mad Mike shenanigans. So keep checking his site for the latest -- and don't forget we at Lighthouse Hockey will be picking again, at #26. (I tried moving up, but those punks at St. Louis Game Time drive a hard bargain.)

Anyway, as luck would have it, we get to go first. I wonder who we should pick... 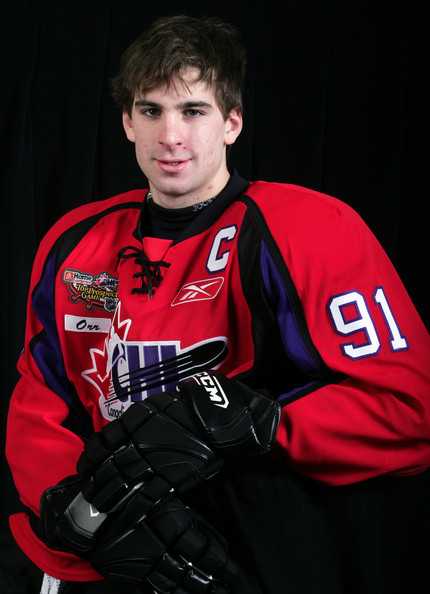 In many ways, among mock drafters, we had the easiest job: We had two months to think about it. We didn't have to wait to see who these other jokesters selected and then re-evaluate. We didn't have to research who the hell Magnus-Evander La Kane-Kassian de Klingberg is. We just had to hem and haw over a decision that determines nothing more than the future of this franchise (to say nothing of whether Nassau Coliseum sees a riot on Draft Night).

When Mike Milbury faced such franchise-altering decisions, needless to say "his methods became ... unsound." Which is a large part of why we're in this mess. With this chance. To draft a teenager that every media outlet in Canada outside of Curling Quarterly has stalked since he hit puberty.

So, without further ado: With the first selection in the 2009 NHL Draft, the New York Islanders-- by the SBN mock draft power vested in Lighthouse Hockey -- select John Tavares of the London Knights...

Dominik's take: Mike Bossy. Pat LaFontaine. Ziggy Palffy. We're not saying this kid will be any of those, but we are saying his uncanny finishing talents andnose for the puck around the net will boost this team and electrify this starving fanbase the way those high-scoring Islanders did before him. We lost Bossy to a bad back (and all those crosschecks). LaFontaine to a contract squabble (at least he yielded Turgeon). Palffy to ownership cost-cutting. How will Tavaresone day leave the Island? Let's not go there ... just know he's going to capture a lot of hearts before -- if -- such a parting ever comes.

For this decision, it's tempting to think of Denis Potvinandthe theory of building from the back with the 30-minute-munching franchise defenseman -- lord knows, we've gone thereand everywhere all spring long. But while truly dominant defensemen come aroundbut once a decade or so, guaranteesthat any hot 18-year-old blueliner will become such a defensemen simply never come, period. It's too early. The development of defensemen is so long, you never know if you're getting Chris Pronger or Ed Jovanovski. (After a rough four years, one became a star; after a great first year, the other became a journeyman.)

But you do know that John Tavares can step into the lineup this fall and start scoring goals for the Islanders right away. And he will. For now, and for the future, he's the man for us.

Doug's opinion: This was a decision that I flip-flopped over for the better part of the offseason, up to now.  You can compare these kids to however many past and current NHLer's you want, but at the end of the day, they will shape their own careers.  All of the top 3 (Tavares, Hedman and Duchene), I'm positive, will have bright future's in this league and will show why this draft class has been so highly regarded for the past several years.

My choice, of course, is also to go with John Tavares.  It's imperative that the Islanders infuse some excitement into their lineup.  There hasn't been a player this hyped coming to the Islanders via the Draft since Denis Potvin.  Don't get me wrong, I'd love to have a defenseman with the skills and skating of Victor Hedman.  One has to remember however, that defensemen such as the two Dom mentioned above and even Zdeno Chara as an example, didn't truly hit their potential until they reached their 2nd and 3rd teams.  That's not to say that Hedman won't be a smash hit when he gets to whatever team drafts him, but it certainly gives me pause.  I just feel that the more pressing need is not defending our net but putting the puck in the other team's (unless you're Ryan O'Byrne).  Something the Islanders have sorely lacked for several seasons.

Many a pundit has criticized Tavares leading up to the Draft citing obvious flaws in his skating and defensive zone coverage.  To counter this argument, I have a quote from former Florida Panthers and Calgary Flames forward, Valeri Bure.  He appeared May 26th, 2009 on the TSN.ca roundtable show "Really OTR" and was posed this question:

"Can you teach everyone to play a two-way game or are some guys just not cut out for it?"

"Look at Ovechkin, I don't think he could ever play it two ways. But in the same sense if the guy scores, like my brother (Pavel Bure), 50-60 goals, it's impossible to score from your own zone. So they're a different kind of player.  For my brother to play defensively, it was impossible."

We're not saying that as soon as Tavares takes the ice for the New York Islanders that they'll be contending for the Stanley Cup.  Far from it.  What we are saying however, is that the Islanders need this kind of building block more at this point in time than any other potential draft pick.

If John Tavares isn't a New York Islander by 7:15 PM on June 26th, you can blame this guy for angering the Hockey G-ds!  At least I'll be up in Montreal at the Bell Centre and out of harm's way if the potential apocalypse occurs. 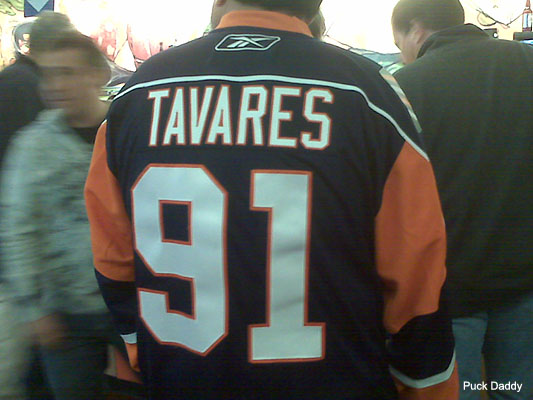 Agree? Disagree? We're open to any of the arguments, so leave your rationale in comments...