Yeah, you read that right: The Islanders routed the East's second-place Devils for the second time in two weeks in front of giddy Nassau Coliseum fans. Not even the news that potential captain Trent Hunter is lost for the season with a fractured ankle could dampen this day.

Sean Bergenheim, who entered this season with a very "make-or-break" feel to his development, potted his first hat trick by scoring goals the Bergie way: Digging around the net; crossing the slot with a shot through traffic; and digging out an empty netter from the corner rather than taking the easy one-on-ones offered 30 seconds before.

As a fan, you go through a tough rebuilding season pre-programming yourself to look to the horizon, telling yourself to wait patiently for the day when these growing pains will be worth it. Then you have games like these that remind you what that rush feels like. Games where the kids -- whose more weathered images dot that horizon -- put in performances to remember. The giddy collective fan will urging Bergenheim on with the net empty just added to the fun. 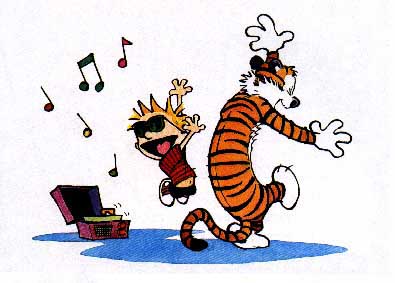 Bailey's sweet backhand from behind the net to set up Comeau. The Nielsen-Bailey combo that set up Okposo. Bergenheim supporting the forecheck and turning a lazy turnover into a goal that ended Martin Brodeur's afternoon. Even prescient free agent signing Mark Streit casually springing Jeff Tambellini (Tambellini?) for a breakaway goal on a smooth deke. Seven goals, seven "Wow!"s.

True, the Islanders let up in the third, and the Devils came out remarkably flat in the first two periods. The Devils new defense pairing of Bryce Salvador and ex-Thrasher Niclas Havelid was victimized multiple times. But the Islanders youth corps of Kyle Okposo, Frans Nielsen, Blake Comeau, Sean Bergenheim and Josh Bailey simply took it to the Devils. That fivesome -- and throw recent callups Jesse Joensuu and Mike Iggulden (2A and first NHL points in NHL game #2) in for spice, if you want to dream -- have more skill, vision and speed among them than the top six veteran forwards the Islanders have trotted out for the past two seasons.

It's that simple, really: They have a greater skillset than what we're used to seeing in Orange and Blue -- they just don't have the "established veterans" billing that comes with guys who you've seen in the Stanley Cup Finals before. It was is just a matter of nurturing and waiting for the maturation to come.

And sure, the waiting will continue. Some will flame out as they are pushed to do more and as other yet-unknown youngsters leapfrog them. But make no mistake, this is what Garth Snow realized and this is what this season's painful franchise restart is about: Young, affordable skill is what rules the NHL now, and it was well past time the Islanders got theirs.

[Note: Video highlights of seven sweet goals after the jump]

This is what a really fun Islanders win looks like: