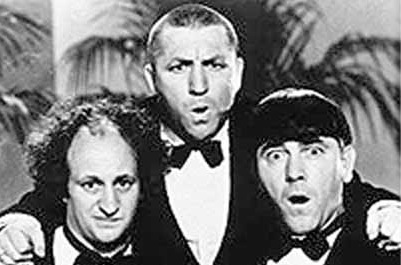 Seriously, does this league ever make sense anymore? If the 30th-place Islanders were going to pull off an upset of the 1st-place Red Wings at Joe Louis Arena, you would have had to -- just had to -- bet it would be by Chris Osgood giving up four first-period goals on a bunch of power plays, right?

Not by Joey MacDonald -- who's been alternately rough or injured since his "NHL third star" November -- shutting out his original club 2-0. That blindsided me. Like a peaceful candlelit bath interrupted by a bunch of nihilists busting into your own home and threatening to let their marmot cut off your chonson.

As the bemused yet sleepy FSN Detroit announcers pointed out, MacDonald both deserved it and was helped by at least three posts (but aren't shutouts always sealed with a little luck?). But if you were designing this shutout scenario from scratch, it'd be just as it played: Tepid first period by the Red Wings. A few big saves and a few big plays on goals by the Islanders. Some good penalty kills and luck to stave off a 42-30 shot differential and keep the Joe Louis crowd quiet for all but a few minutes.

The highlights [at that link; sorry, NHL Video isn't working for me at the moment] included MacDonald's rebound-free saves and his truly stunning, diving glove save on Mikael Samuelsson while shorthanded. But also: Kyle Okposo shorthanded, weaving his way over the blueline to cause four Red Wings to collapse around him, then dropping a pass to Frans Nielsen, who had snuck behind all four of them to take the pass, deke Osgood and score. Youth rising, and Okposo drawing the Wings' attention by virtue of his earlier strong play.

Did someone mention youth? Josh Bailey got the other goal on a thank-you-much tap-in, with Nicklas Lidstrom on his back, after Tim Jackman pulled a wraparound through Osgood. Doug Weight looked good -- his hands were by no means rusty -- returning after six weeks healing his MCL. Joel Rechlicz logged a paltry 3:21, as he really didn't have a dance partner in the Detroit lineup (read: Maltby stirs things up, yet has no spine).

Like the win in Chicago in Peter Mannino's first start, this was a game the Islanders didn't necessarily deserve, but one they hung around in just long enough to steal. That's the kind of theft win they weren't getting in December and January. To pull it off now, on the strength of the kids, a return to good penalty killing, some goaltending and some luck -- that's one more reason to think the curve is moving upward toward next season.