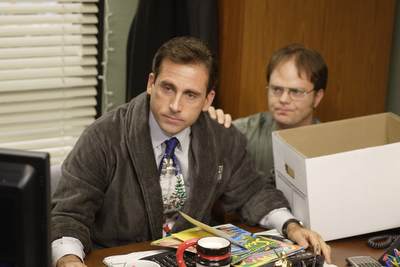 Maybe it's idiotic to say you wouldn't rather have a franchise player like Lecavalier, plus last summer's #1 pick and a Cup win younger than The Simpsons. But given the way the Bold New Bolts owners have mangled the roster and created a sideshow of sorts, I prefer where the Islanders stand in the boom-bust curve. If the Bolts owners don't learn some temperance from their Wang-esque awkward early years, the Isles could easily have the brighter future.

Either way, I hope feel Wang is done giving me palpitations with his roster/management mingling. From the sounds of it, the crew in Tampa Bay won't reach that point until the day they sell the club and spare the fans who survived their reign.

Stat comp of the day:

That's not fair. Okposo is a budding scoring winger, Stamkos a playmaker who was kept up too early and used very little. But did I mention K.O. has scored in four games in a row? Maybe this is more fair: 2008's #1 versus ... the #9:

In Stamkos's defense, Bailey hasn't even gotten in a fight yet. So there's that.

Since Scott Gordon told Chris Campoli he'd like him to take on a more responsible role ("How'd you like to come over and mow my lawn?"), Campoli has averaged 15 minutes in two games -- well off his 19:13 season average. Tough love? Or just easing into his return from a groin injury? Probably the latter, although carrying Thomas Pock as your partner might test the bounds of "ease."

So Montreal has lost Robert Lang. Should Snow Weight by the phone? (doh! another stinking pun.)

But What about Tanking?

With a win tonight, the Islanders can pull within two points of Atlanta, four points of Ottawa, and seven points of Tampa Bay. Although I'm not sincerely rooting for "tanking" or losses in any individual game, I can't help recognizing the need for a transformational offensive star or foundation defenseman. Frankly: It's best this club hits 30th place with grace and injury excuses. (Even then, surely the lottery ball will conspire against us.)

So, anyone have a guide to the do's and dont's of rooting for a top pick? My first premise is this: I'd prefer the Isles collect their remaining wins at home, to reward some deserving fans. Looking at their form and the incoming opponent, tonight feels like one of those nights.