Just another key Islanders injury before the Hurricanes hit, 6-2

Share All sharing options for: Just another key Islanders injury before the Hurricanes hit, 6-2

Weird to think about a meaningless blowout when -- depending on the Habs media hype:reality ratio -- something massive is breaking in the franchise that is celebrating its 100th anniversary. (Depending on when you read this, or when it's updated, more "juicy" details about organized crime and the Kostitsyns will have surely come out.) [Update 10 a.m.: Sure enough, media (and former Habs coaches) hype 1, reality 0.]

[Updated with more Gordon quotes at end] But there was indeed an Islanders game last night, their 35th regulation loss of the season, so we should try to put it in perspective. For the winners' view, see Canes Country. 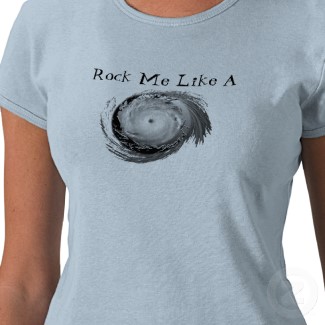 Yeah, I went there, dear Scorpions.

Injuries, We Got 'em; Effort, Not So Much

As Islanders Outsider helpfully shared in the game thread, yet one more significant injury has hit the Islanders, who are well on their way toward 500 man-games lost for the season. Richard Park is out four weeks with broken ribs, and he was already playing with a broken finger because the Islanders need all the faceoff help they can get. (I've never tried to win a faceoff at any level of competition with a broken finger -- and there is good reason for that. Ouch.). Logan succinctly explained Park's loss:

Park's loss hurts in so many ways because it affects the penalty kill and might make it more difficult for coach Scott Gordon to regularly roll four lines as consistently as he has been with Park centering Tim Jackman and Jeff Tambellini.

I hate to harp on the same theme (cue "injuries, depth, rebuild" in 3 ... 2 ... 1), but it is simply amazing the carnage that has hit the Islanders' IR this season. You look at their roster, and the list of games played looks like we're in December. Except for captain Bill Guerin, every regular roster player has missed signifigant time with an injury. It's been so silly, even pre-season "depth" waiver claims Nate Thompson and Thomas Pock have missed a month each. With Park now set to miss a month, Mark Streit is the second "healthiest," having missed only five games. That. Is. Insane.

There I was talking about how the Islanders haven't had a post-Rangers letdown under Scott Gordon, and the Islanders came out so flat that Billy Jaffe even brought that old phenomenon up on the air. Joey MacDonald gave up six goals and yet made several absolutely groin-ripping saves on breakaways and odd-man rushes to keep it from getting uglier.

It's sad to see team efforts like this at home -- with Town of Hempstead Night coming Saturday and potentially promising building news on the horizon.

As Jaffe mentioned, even the Kid Line was not in sync. Since they along with Mark Streit (who scored on another PP blast from the blueline) have been carrying things lately, that adds up to a flat game. Since the Islanders have reached 5 goals for in exactly two games this season, a free-for-all where Eric Staal goes repeatedly uncovered just wasn't going to cut it.

... Want the best recurring indication of where MIke Comrie fits in the Islanders' plans? Outside of Tim Jackman -- who had a fighting major and 10+2 instigator for making Conboy pay for running Joey Mac -- Comrie had the lowest ice time on the team, at 10:52. Frans Nielsen had 5:23 of PP ice time, Comrie 0:38.

... Which was more bizarre: Brendan Witt as forward on the power play, or Jon Sim scoring -- after whiffing earlier on a clear breakaway?

It was a dull, disappointing effort, the second blown chance in a row to play spoiler to a playoff hopeful.

Streit, who's become the team's most important player, faced the music for the whole team:

"Back-to-back games are never easy," Mark Streit said after the game. "It would be a pretty simple excuse. We have a young team, and have enough energy. Can't say we lost the game because we played back-to-back games. It's unacceptable to perform like that."

Long road ahead yet, with more games for which these young Islanders will have to conjure meaning. I'll be curious to see during the rest of this lost season, if Scott Gordon can keep efforts like this to a minimum.

[Update, per Newsday] Gordon on the effort:

Asked what he might say to his team after such a poor exhibition, Gordon decided to watch the video before venting. "We haven't had one of these in a while, and I don't want to come over the top without taking a look," he said. ...

"We're not the only team to have a bad night," Gordon said. "Given where we are in the standings [30th], one might expect that it would happen quite often. But it hasn't, and that's a compliment to the players."

And to the coach, frankly. But wait: No one's gonna ask about Witt on the powerplay?