Even a Penguins fan was expressing condolences for us in the game thread. Her team had two hat tricks to celebrate, but she was worried about us. That's how bad it was. [Loved the Islanders.com headline though: "Pittsburgh trips up Isles." Trips?!?! Trips?!?! An insult to hegemons everywhere.] 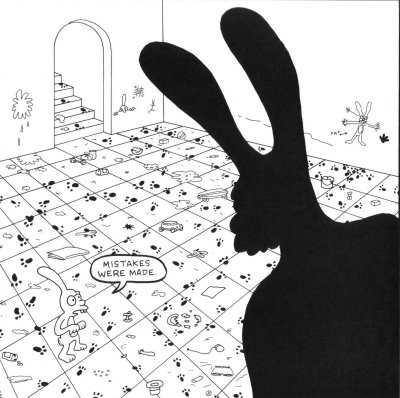 It was so bad, Mitch Fritz -- he of the two-minute games under Scott Gordon -- had a career-high SEVEN minutes of ice time. So bad, Pascal freaking Dupuis got his first career hat trick (late, after Sykora's -- also his first in the NHL -- got the party started).

Shots in the first period were 19-5. True, as I implied, the early penalty calls were suspect, helping create the 2-0 deficit. The calls were lopsided over all -- 13 Isles penalties to 6 for the Pens, 4 of them in the 3rd period. But good teams make a game of it; bad teams fold.

Interesting that Scott Gordon pulled Joey MacDonald after the first period, when earlier this season he said he didn't like to give goalies "an out" like that. I mean if I'm Gordon, and I see MacDonald doesn't have it, and I know Rick DiPietro is probably a couple of weeks away, I take that chance to give Yann Danis another look so I know what I've got should I ever (god forbid) need him again.

And if I'm Gordon, I don't like what I saw from Danis -- no matter how far the game was already out of hand. Danis didn't impress in Philadelphia, and he didn't appear ready to come off the bench tonight. He probably believed the word that he wouldn't see any more ice before DiPietro comes back. I know it's tough, and I know he's had a frustrating career, being blocked in Montreal and coming here only to sit while the backup plays 17 straight. But if this is how Danis performs for one of the weakest teams in the league, there probably isn't a role for him in the NHL.

Not that this was all on the goaltending, though. MacDonald got the ugliness started, but everyone played a part in this full system collapse.

Yeah, come to think of it, I've had better nights.